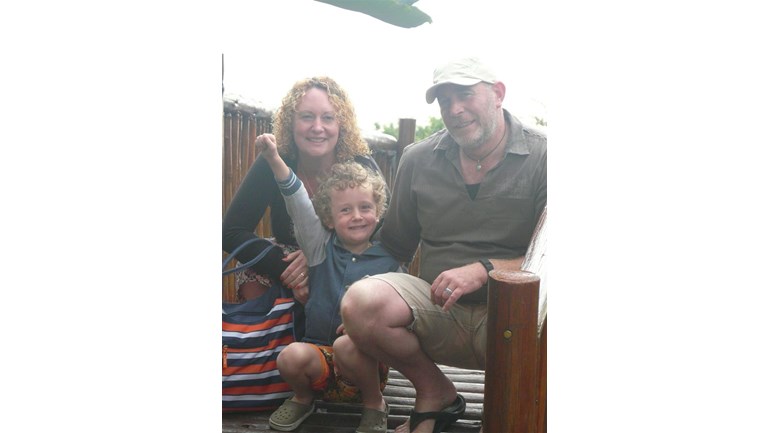 Fundraising for Charlie Stephenson to get a new treatment

You may wonder what this is all about?

It's about an every day family, that have been together for 25 years, then nine years ago on the 26th May 2009 had a beautiful baby boy. The parents of this baby boy are as happy as any family would be. Years of working, both parents supporting their family, making sacrifices to make life a little better, having days out, holidays, celebrating birthdays, Christmas etc.. No different than most families. We all have these happy memories, sad times but never expect the devastating life-changing things in life to happen to us.

Imagine, you have been to your doctor and he /she refers you to the local hospital, for what you believed is a lazy eye. After a CT scan, you are referred to Addenbrooke’s Hospital in Cambridge by Ambulance. On arrival to the hospital, you have been admitted into a ward, the first major thing is to have an MRI scan, after waiting 2-3 days for the results you find that it is not a lazy eye, you have a very rare brain tumour.


I hope that nobody has to ever have to imagine or live with this diagnoses, it's not you that has this aggressive incurable form of Cancer. It is your Son or daughter.


What you have just read is what happened to our family, we were confronted with this few weeks ago about our 9-year-old son.

What is this Rare Cancer?

What is this rare form of cancer (Diffuse intrinsic pontine glioma) is a brain tumour found in a part of the brain stem called the pons. The pons controls essential bodily functions such as heartbeat, breathing, swallowing, eye movement, eyesight, and balance.

This type of cancer affects children almost exclusively. Approximately 20-40 children in the United Kingdom are diagnosed with this cancer each year. These children are typically between the ages of 4 and 12. This cancer accounts for roughly 10-15% of all brain tumours in children.

This aggressive tumour that interferes with all bodily functions, depriving a child of the ability to move, to communicate, and even to eat and drink.

As the tumour begins to grow, it puts pressure on the nerves that control the essential bodily functions regulated by the pons. Children with this cancer commonly experience double vision, reduced eye movement, facial weakness or asymmetry, and arm and leg weakness. They also have problems with walking, coordination, speech, chewing, and swallowing. As the tumour progresses, it also interferes with breathing and heartbeat.

CED's ability to bypass the blood-brain barrier - the membrane that controls which substances can pass from the blood into the brain - has resulted in increasing interest in this technique.

This treatment is particularly for high-grade tumours that cannot be operated on due to their location or cannot be removed completely. This includes brain tumours such as Diffuse Intrinsic Pontine Glioma, in children.

What does CED involve?

CED involves an operation to implant up to 4 very narrow catheters (hollow tubes) into the brain. The chemotherapy drugs are delivered through these, directly into the tumour.

The blood-brain barrier then becomes an advantage, as it helps to keep the drugs within the brain.

In addition, as the drugs do not get into the blood system, the risk of having any of the side-effects associated with chemotherapy, such as hair loss and nausea, is low.

More research is being carried out to improve the technology of the catheters (tubes) and the drugs used. other aspects under review, are using the technique to give other possible treatment agents, such as antibodies and immunotoxins.

CED for the treatment of this very rare cancer is receiving interest because the tumour is compact and treatment options are limited. (Surgery to remove the tumour is often not an option, due to the dangers of operating on a critical part of the brain. Standard chemotherapy has been found to be ineffective.)

Standard treatment for this rare cancer is radiotherapy, this often gives a few more months of good health before progression. Chemotherapy delivered by CED has shown to more than double the average survival in a number of children treated on compassionate grounds.

Where can I get CED?

Currently, in the UK, the private Harley Street Clinic Children's Hospital in London is using CED to treat children with this very rare cancer

It is important to note that the operation is expensive. As a result, operations carried out so far have been funded privately or through fund-raising.

Charity Registration No. SC042061
Find out more about charity fundraising