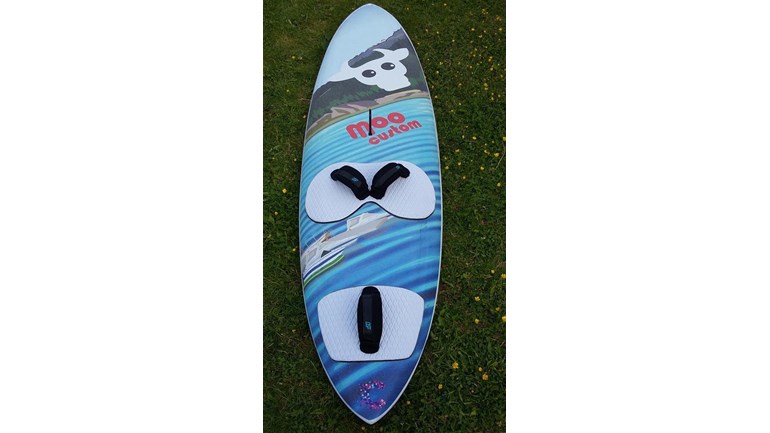 Attempting to complete a forward loop for Cancer Research UK because I want to help others beat cancer.

In april last year i visited the doctor and dentist with a suspected dental abcess, i was subsequently diagnosed with an aggressive lymphoma in september 2015. An intensive course of chemotherapy followed, then radiotherapy targetted to my face. In march 2016, after the radiotherapy, i ended up in hospital for 2 weeks. This week i have been given my first 'all clear'. My amazing wife, son, family and friends have all played a part in helping me achieve this news and i am hugely grateful for all the support.

When i was in hospital, i vowed to myself that, when i was better, i would attempt at least one of my 2 windsurfing lifetime ambitions, i never doubted i would get the chance to try. After some research, however, it seems the french get a bit shirty about people windsurfing the english channel nowadays... apparently its a busy shipping lane. So ambition 2 is to complete a flatwater forward loop... sounds easy right? Ive given myself 2 weeks in the french alps to learn a wymaroo and then learn and land a loop.

The challenge: complete a loop on camera between 12th and 26th august.

Many of you have already generously donated to my wifes race for life page for the same cause and she smashed her target. With that in mind i am not expecting to achieve the same levels, however any donations are warmly received. If, donations top a grand (which im not expecting)..... I will do a 104 metre bungee jump off a bridge and post the video on Facebook.

Now, a forward loop is the holy grail of windsurfing, because its awesome but ultimately quite difficult and requires good sized cajones. Putting it in perspective, i liken it to a hole in one, a 147 or a 9 darter. So obviously, there is a chance i wont be able to complete the challenge in time, but unfortunately any donations cannot be returned if this happens. I will guarantee some spectacular gopro footage of failed attempts.