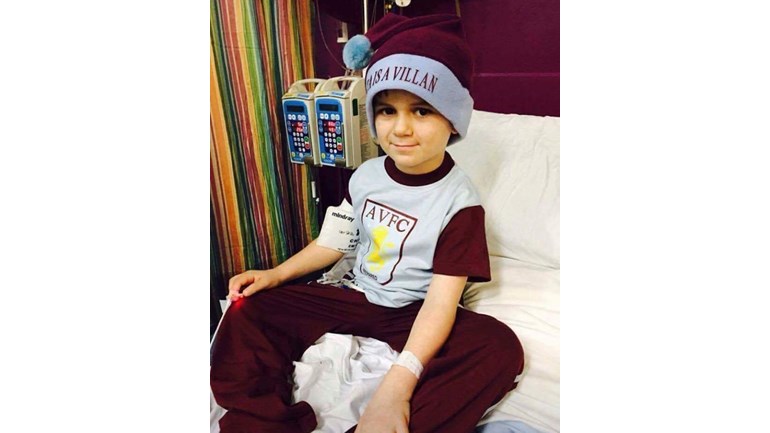 In memory of Jack Edwards

A number of Birmingham City fans recently read the story about young Aston Villa supporter Jack Edwards and his battle with leukaemia which he sadly lost aged 7 on the 24th August 2016. It touched so many that the idea of a minutes applause was suggested at both Aston Villa's and Birmingham City's next home games.

This in itself would have been unusual to say the least but fans from various Birmingham City supporter groups want to take it a step further and raise money in Jack's name. The groups have contacted Jack's mother Chrissie and she put forward Acorns a charity close to the Edwards Family's heart. They have supported the family through some of the hardest times any parent could face. I'm sure most have had a Family member / Friend who have gone through something similar and know how hard it is to come to terms with.

With one of the biggest games of the season looming the return of the Birmingham derby we as football fans feel it would be fitting that no matter what the banter, rivalry and bragging rights we are all one big Football Family.

The groups have decided that this page would be set up on the eve of the game and a collection on the day of the Derby is being discussed also in memory of Jack Edwards...

Please donate and help others at some of the most difficult times a family could face.

Football is just a game

In the last year, Acorns has supported over 870 children and more than 1,140 families, including those who are bereaved. Acorns relies on the community to fund the almost £10 million it costs to provide the charity's services.