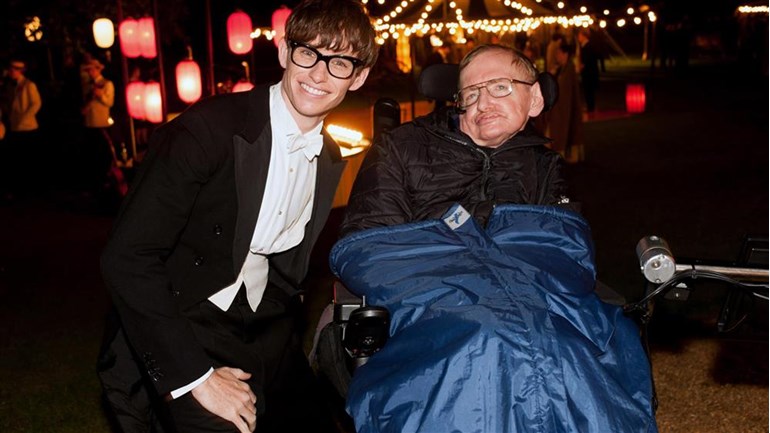 Celebrating Eddie as he turns 35 with a fundraiser for Motor Neurone Disease Association because as a patron, it is a cause dear to his heart

To honor and support Eddie Redmayne for his 35th birthday, a social media network of his fans is organizing an initiative where people can donate to the Motor Neurone Disease Association instead of giving gifts or cards.  Eddie has given the idea his blessing — should people be inclined to celebrate his birthday, of course!

Eddie won every major film acting award — including the Oscar — for his vivid portrayal of Stephen Hawking, who has defied science to live with the deadly disease for more than a half-century. Eddie’s intensely personal research into the effects of MND/ALS on its sufferers and their families led him to become a Patron of the Association.

Eddie's message
"Preparing for the staggering responsibility of playing Stephen Hawking in “The Theory of Everything” reminded me that our greatest gift in life is our health. Although I inhabited a bit of their lives for only a brief time, the immense courage and unfathomable struggles of MND families who shared their experiences are something that will never leave me, and I am honored to be a Patron of the MND Association.
"Another of my great gifts is my fans, and each year as my birthday approaches, their outpouring of greetings and presents touches my heart. This year, a team of those fans is working with the MND Association to funnel your generosity into the Association’s critical research and services.
"The best birthday gift you can offer me is to share in my involvement with the MND Association in whatever way you can, to help work toward a deeper understanding of — and ultimately a cure for — this brutal disease.
"As always, your support is profoundly moving to me. May your New Year be fulfilling!"
Eddie