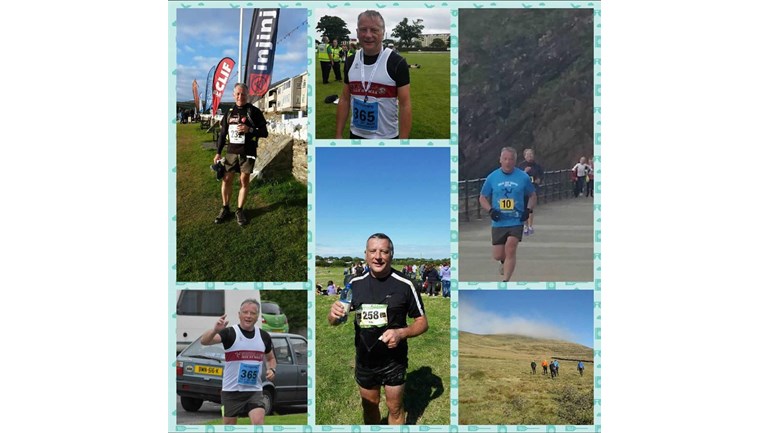 My name is Eric Lee I am a 55 year old married man to Carolyn and together we have 4 children Daniel 24, Andrew 22, Jordan 20, and Shannon 18. I was born and live on the Isle of Man. I am running the Virgin London Marathon in aid of The Manx Breast Cancer Support Group.

I played football on the Isle of Man mainly for St Johns United for 30 years and got involved in running as I came to the end of my footballing days. In recent years I have completed various running events including “No Rest For The Wicked” a series of 6 races over 6 days over a half marathon, hill races and trail runs. I have also completed the local Fell Running series and the Tough Man Challenge.

In 2017 I will be running my first ever marathon and at the same time raising funds for The Manx Breast Cancer Support Group, we all know someone who has been effected by Cancer, and I can’t think of a better cause to raise money for as all the money raised stays on the Isle of Man for the good of everyone.