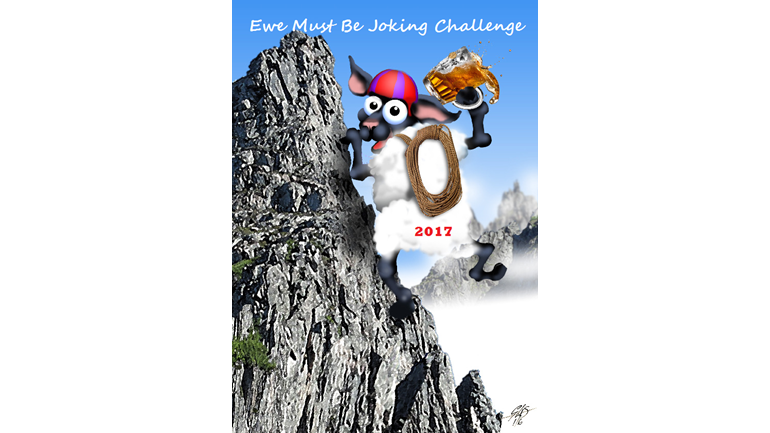 Fundraising for Brain Tumour Charity (The)

This year Dave will complete a challenge that will has as usual been set by Drill Sergeant Kelvin, in a twist for 2017 he'll be joined by Graham, he has been roped in for his own personal challenge to conquer Snowdon, for Dave this is an annual outing that presents a new challenge each year, for Graham, this is the first time he'll have seen Snowdon in some 23 years and 12 stone, he hasn't helped himself in asking Kelvin if he can use the train!

The Ewe Must Be Joking gang will have their annual amble up a hill on Saturday 1st April 2017, on Sunday 2nd April Dave & Graham will set off on their personal challenges.

Dave's challenge this year will be to complete climbing all the Welsh 3000's. Dave has 6 summits left to climb and they are some of the most inaccessible peaks in North Wales.

Dave will climb 4 in a day but will also have to climb one of the summits he climbed last year making 5 in total that day.

Graham's challenge is "Simply" to get up the mountain via Pyg Track and back down via Llanberis Path  with eldest son Evan to hold his hand!