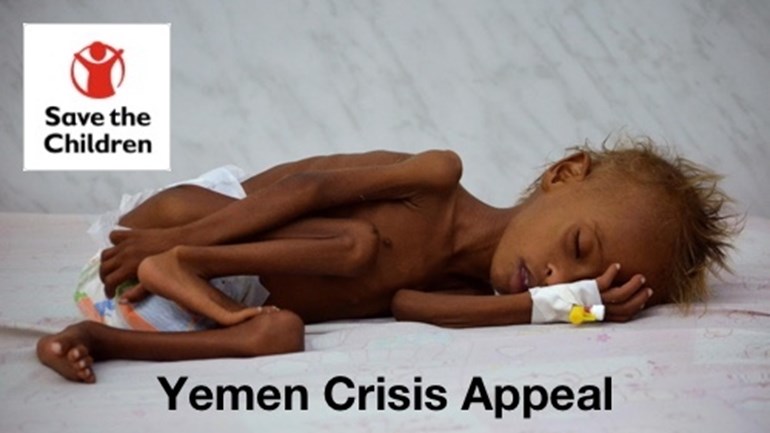 Children in Yemen are living through the largest humanitarian emergency in the world, caught up in a conflict that isn’t theirs.

I spent 14 amazing years in Yemen from 1995 until 2009. It was a wild and wonderful place to live, with beautiful scenery, amazing architecture, and incredibly friendly and hospitable people. Now the Yemeni people are dying by war, starvation and disease. With a staggering 21 million people in urgent need of humanitarian aid, Yemen is now the world’s largest humanitarian crisis, even eclipsing the Syrian Crisis. It is likely in the year ahead that hundreds of thousands, or even millions, of Yemenis, especially children, will die by war, famine or disease.

After returning to the UK and retraining as a plumber in 2011, I learned how to make a website and how to use it to market my plumbing business. I am now using those same web and marketing skills to support the Yemeni people through websites I have created like yemenfamine.com and stoparmstosaudi.com. I want to raise awareness about the Yemen Crisis, and also to help raise funds for aid agencies like Save the Children whose people are risking their lives in Yemen in order to make a difference and save lives. You can follow more of my personal story at hamish.com.

Yemeni children are going to bed hungry as over half of the population are severely food insecure. One in three children under-five now suffers from acute malnutrition. Because of a lack of diesel to pump water from deep underground bore-holes, access to clean drinking water is also becoming increasingly limited. Severe shortages of food and clean water inevitably lead to disease, and recent outbreaks of cholera have been spreading alarmingly in Yemen.

Recent estimates of 10,000 dead in the Yemen War seriously obscure the reality of the situation. In Yemen, the biggest killers are likely to be famine and disease, and these statistics are likely to explode exponentially in the months ahead.

Yemen is literally a country besieged, with closed land borders, a naval blockade around its coastline that restricts the exit of refugees or supply of aid, and relentless military bombardment from the air that has repeatedly targeted schools, hospitals, weddings, funerals and other civilian locations.

With famine setting in and disease spreading, we must act now to save and protect Yemen’s children. Save the Children's teams are working around the clock to save the lives of Yemeni children. But they need your help.

The December 2015 bombing of Yemen's Sanaa International School where I taught maths for 7 years was a personal wake-up call for me. But what will it take to wake up the world to the Yemen Crisis? And will the world wake up in time to save millions of Yemenis from dying?

By supporting my fundraising, you are helping to save the lives of Yemeni children. Thank you!

run by
Save the Children

Children in Yemen are living through the largest humanitarian emergency in the world, caught up in a conflict that isn’t theirs.