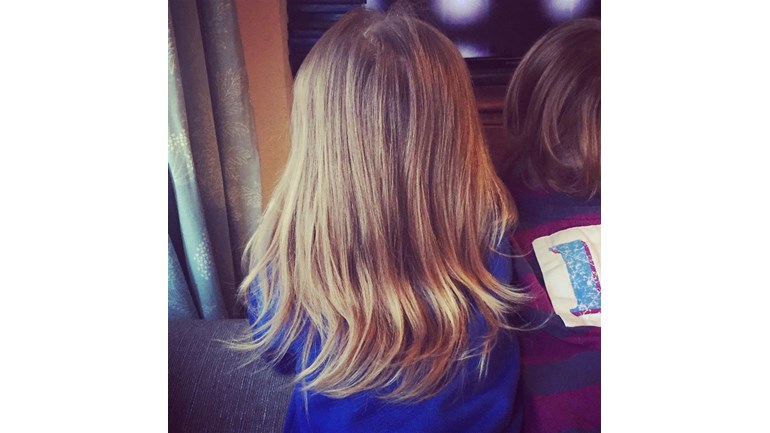 Hugo's donating his hair to help make a wig for Little Princess Trust because he's a pretty awesome 5 year old...

We provide wigs to children with cancer to restore their confidence and identity.

Hugo is my 5 year old little boy, with the most amazing, long, blonde hair.  The last time he had his hair cut, more than a trim he had just turned two and I can't remember a time that he didn't have long hair.

Hugs has decided that he wants his hair cut.  We ummed and aahhhed about doing it slowly, an inch or two at a time, but when I told him about The Little Princess Trust he decided that he wanted to donate his hair towards making a wig for a child who's lost their hair due to illness.

Anyone who knows Hugo will know what a big deal it is that he's having such a drastic hair cut as he's always loved his long hair.  Anyone who knows me will also know that it's probably a bigger deal for me than for him...!

The Little Princess Trust doesn't charge for the wigs they make, so donating hair isn't where our help ends.  It would be amazing if we could raise a little something to help them make the wigs that make such a difference to children who are going through horrific illness.  I joke about how hard I'm going to find it when his hair's all gone and that I won't recognise him....but hair grows when you're a healthy young boy.  The confidence that a proper, real hair wig, will give to a little girl going through chemo is beyond what we can imagine.

His hair cut is booked for Friday the 23rd June, after school.

I'm so proud of my little boy and if you can donate a little something or even just share his page, we'd be really grateful.  I know it's "just hair" but the effect it can have is much more than that.

When a child loses their hair to cancer, we'll be there with a free, real hair wig to help. We won't stop until the research that we fund ends childhood cancer forever. Please visit us at www.littleprincesses.org.uk to find out how you can help influence the outcomes of childhood cancers.

Charity Registration No. 1176160
Find out more about charity fundraising