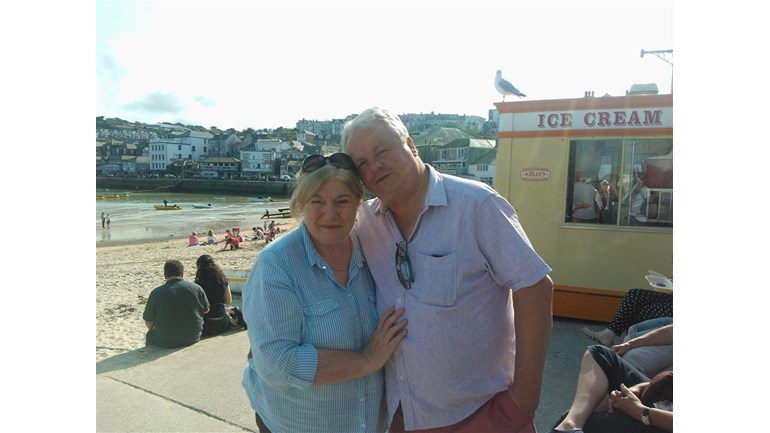 In July 2017 I was diagnosed with a brain tumour (A Meningioma to give it its full name). It came as a complete shock to me and my family. I was told it was highly likely that the tumour would be benign but was advised to undergo a complex operation to have it removed. I had the operation and the tumour did indeed prove to be benign meaning I didn't require any further treatment. It didn't come without its pitfalls though and it put my life on hold for several months having to defer my nursing degree for six months.

The worst was still to come however and at the end of September the same year, my Dad Stephen went into hospital experiencing symptoms similar to my own. After a number of scans and tests my Dad underwent a biopsy to determine what the issue was. My dad never fully awoke after the biopsy and was placed into an induced coma shortly after.

He had suffered a brain haemorrhage during the biopsy and died five days later. Incidentally less than a week before I had an operation to have my own tumour removed.

We were informed that dad had also got a brain tumour . His was far more serious than mine (A high-grade Glioma) and completely unrelated. His was spreading so fast that he wouldn't have survived it anyway - even if he hadn't suffered the haemorrhage. It was inoperable.

Please give what you can to Brain Tumour Research - a charity and a cause that means a great deal to me and my family. By helping to fund research, who knows? They will hopefully find the cures to some of these cancers.