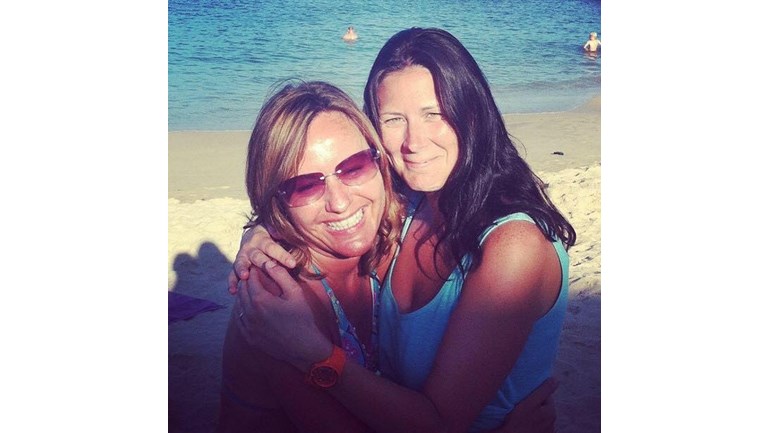 I'm going to try and run the Natterjack 10k for The Walton Centre Charity because of the amazing care they provided for Jemma.

We raise funds to support the Walton Centre in Liverpool

There are those that can run and those that cannot.  I like eating and drinking too much so for me this is a massive challenge but one I'm undertaking in memory of my best mate Jemma.

A week before Christmas Jemma suffered a devastating stroke from which she never recovered and sadly, on January 8th 2016, she passed away.  Jemma was only 42.

It's really hard to put down in words just what Jemma meant to me.  She was a massive influence in my life; she always knew the right thing to say and do and she made me laugh. A lot. And she introduced me to her brother Simon so we both owe her.  Life is just that little bit duller without Jemma in it.

Jemma would find it absolutely hilarious that I'm attempting this so that is my motivation (and with a little help from my mate Nicky who's running it with me) and also to raise a bit of money for The Walton Centre where Jemma was cared for in the best possible way.

Jemma's husband Rich wants to raise as much money as possible for The Walton Centre in memory of Jemma, over 16 thousand pounds has been raised already which just shows what a special lady she was and how much she meant to so many people.

The Walton Centre in Liverpool offers a world class neuroscience service which includes many pioneering techniques, cutting edge treatments; and clinicians who are international leaders in their field. Over 100,000 patients are treated at the hospital each year with conditions ranging from head and spinal trauma injuries; brain and spine tumours; Epilipsy, MS, Motor Neurone Disease and Parkinson.The Charity funds a variety of projects in the hospital including research, innovation, new technology and patient & family facilities.

Please donate whatever you can, no matter how small, because I'm never doing anything like this again so it's the only time I'll ask!

The Charity helps to fund a variety of projects to help improve patient care and services including improved facilities for patients and families; innovative technology; and research. It also supports staff with enhanced training to ensure they remain at the centre of clinical developments.