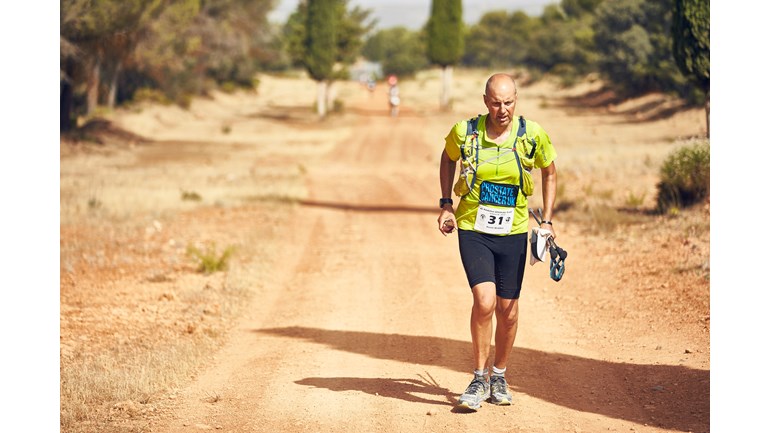 Running 1,000 miles in 7 events for PROSTATE CANCER UK because I have incurable advanced prostate cancer

I was diagnosed with this terrible disease on 6th November 2014 and told that I may only have as little as two years to live as the cancer is quite aggressive.

To be here now is something I never thought would happen during the early dark days but for now I am and still able to run so I have decided to attempt a "magnificent seven" of events over the next 12 months, health allowing, even though I thought that last year The Marathon Des Sables would be my swansong,

This month, 50k race in Kent

June, 15 marathons in 15 Days from Exeter to Newcastle

I am running 1,000 miles as that is around the number of men who die of prostate cancer every month in the UK or to put it another way around 24,000 men have died of this disease in the UK since I was diagnosed, I wiil be doing my best not to be part of that statistic for 2017.

As ever, there is no guarantee I will be able to do all or even one of the above events so you may just end up "just giving" but I promise you that if my health is good enough I will do my best as I want to prove to me and others that even in adversity one should never give up until the end.

I have paid all the costs to enter the races personally so any money I raise will go to Prostate Cancer UK to help find a cure, a better test and raise awareness.

Remember you cant change yesterday, tomorrow may never happen so live for today, I certainly do, thank you.

﻿Donating through JustGiving is simple, fast and totally secure. Your details are safe with JustGiving - they'll never sell them on or send unwanted emails. Once you donate, they'll send your money directly to the charity. So it's the most efficient way to donate - saving time and cutting costs for the charity.