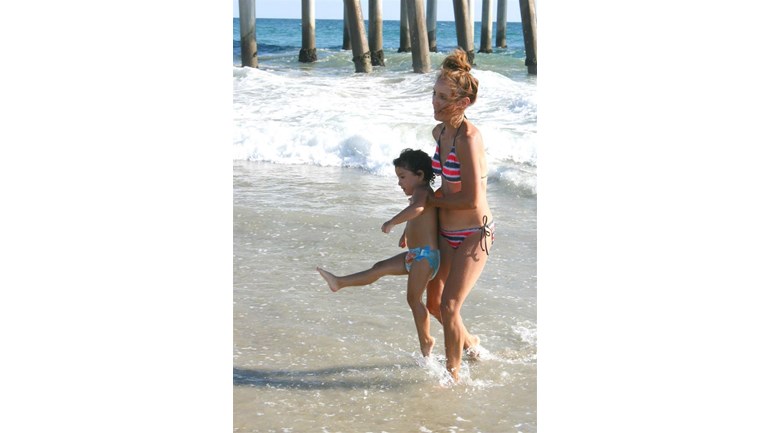 Running my bum off and trying not to collapse for Autistica because autism needs research now!

My four-year-old Lumen was diagnosed with Autism Spectrum Disorder (ASD) when he was two and a half years old.  When he was about 18 months, I suspected he might be autistic.  I did a lot of my own research, and the battle to have Lumen diagnosed was just that: a battle.

Despite all current research showing that early intervention (i.e. occupational therapy, speech and language therapy, music therapy, parent workshops and support, etc.) is key, we were rejected for an assessment appointment primarily based on Lumen's age. I continued to fight for this appointment, but the issue seemed to be that doctors in the UK do not like to diagnose children at such a young age.

After fighting for nearly a year for Lumen's assessment, we received an appointment that was a developmental check.  Although I told the doctor that we required an ASD assessment, not a developmental check, he carried on.  He asked Lumen to stack blocks, which I told him he was unable to do.  He asked why he was just sitting in the corner.  He asked Lumen to write something on paper, which I told him he was unable to do.  He said the words 'hopeless' and 'useless' during the appointment.  And towards the end of the appointment, he asked, "Do you regret having him?" I asked him if this was a standard question, perhaps some sort of question to determine my emotional fortitude.  He said, "No, I'm asking you personally, because it seems like a lot to deal with." I left this appointment in tears and could only hug Lumen the whole way home.

I filed a complaint against this doctor, only to find out several patients experienced the same treatment.  It is only after receiving my complaint that Lumen finally received his assessment.  He was diagnosed, and it was only with this diagnosis that our lives changed.  Lumen was offered several therapies, and I was offered several workshops.

Anyone who knows Lumen knows a very beautiful, very happy, very energetic little boy who loves water, his trampoline, running in open spaces, dancing and music.  His laughter is infectious, and his affection could melt the most frozen of hearts. Prior to therapies, he did not have much eye contact, and he spoke only a handful of words, none of which were in context. Lumen only engaged with me and his brother, and he would never initiate any activities.  Due to therapies and the knowledge I have been equipped with to help him, he is learning. I am learning, and Lumen's brother Enlai is learning. We are learning to enter Lumen's world, to understand his frustrations, his motivations, his beautiful way of looking at the world. We feel very fortunate to have Lumen in our lives.

Autistica funds and campaigns for medical research to understand the causes of autism, improve diagnosis, and develop new evidence-based treatments and interventions. The UK provides an ideal structure for the translation of research into tangible support due to the close interface clinical researchers have with patients through the NHS. The research findings can be tested and disseminated widely, improving the lives of autistic individuals and their families quickly and significantly. Autistica also collaborates with other autism charities, including the National Autistic Society. It is a member of the Autism Alliance UK, a group which brings together the largest group of national and regional autism service charities nationwide. Autistica also sits on the Advisory Committee of the All Party Parliamentary Group on Autism, ensuring that research informs policy discussions.

Autism is a serious condition, a lifelong condition.  It can have a profound effect on individuals and their families. There are about 700,000 people in the UK living with autism, equating to more than 1 in 100. I am running for my autistic son Lumen, for my son Enlai, who is the most amazing, most patient, most caring big brother, for all autistic children and adults, for their families. I am running for all those - researchers, educators, therapists, psychologists, psychiatrists, employers, volunteers - who have dedicated themselves to understanding autism and to helping those with and affected by autism.

Autistica is the UK’s leading autism research charity funding science to understand the condition better, improve diagnosis and develop new interventions. We are unique because our research is guided entirely by the people we serve: the individuals and families living with autism every day.