Peter Levers
Fundraising for City in the Community Foundation 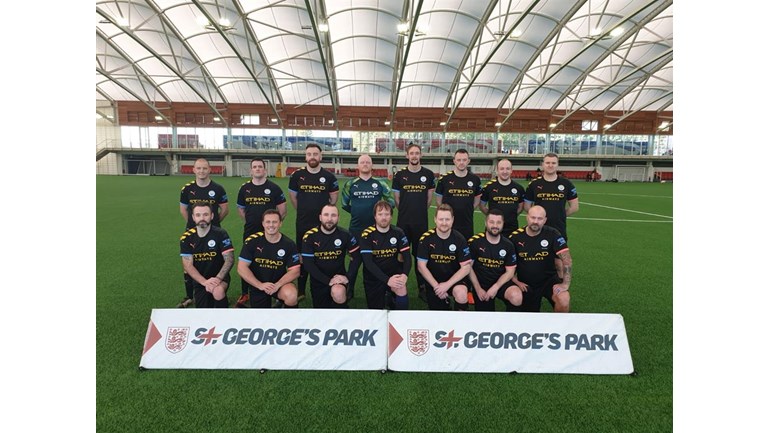 Fundraising for City in the Community Foundation

On Saturday 2nd November, 18 players from the Man City Military Veterans team will do a 23 mile tab with weighted Bergans (walking with weighted back packs for you non-military types!) from the site of legendary Man City goalkeeper Bert Trautmann’s old POW camp (now Ashton-in-Makerfield Golf Club) to the Etihad stadium, via the site of City’s old ground at Maine Road.

Videos and photos from the challenge will be shown on the big screens at the Etihad as part of the build up to City’s home match against Southampton. Finally, the players will walk onto the pitch to remove a giant poppy from the centre circle just before kick-off to complete Man City’s official Remembrance Day event.

The players will be taking on this huge challenge to raise funds for three fantastic causes; The Royal British Legion, Moving Forces and City in the Community.

Here's some more information about the 3 organisations we're raising money for:

The Royal British Legion are the country’s largest Armed Forces charity, with 235,000 members, 110,000 volunteers and a network of partners and charities; helping them to give support wherever and whenever it’s needed.

City in the Community: Community work is deep seated in the history of MCFC and is essential in the future development of the Club. CITC celebrated its 25th anniversary in 2011 and the schemes impact continues to grow every year; in the last 12 months alone CITC work with over 230,000 people from a variety of areas throughout Greater Manchester.