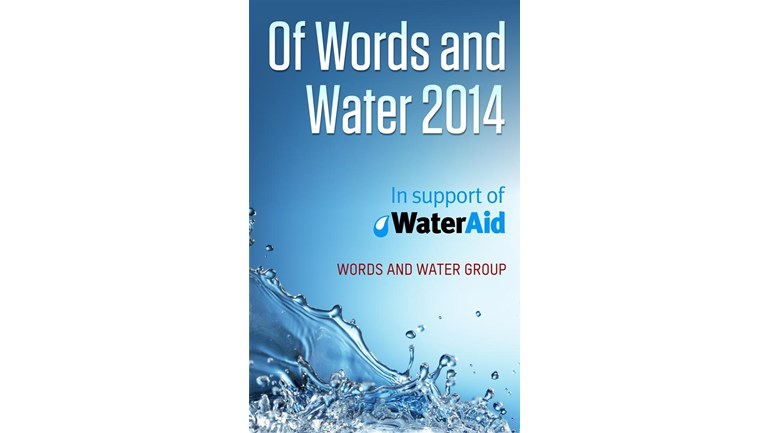 publishing a series of anthologies for WaterAid because WaterAid work is vital.

We provide clean water and decent toilets to everyone, everywhere

Jay Howard: editor
Thanks for taking the time to visit the Words and Water group's JustGiving page. This is our 2nd year of donating our short stories and poems to produce anthologies in support of WaterAid. The contributors and their stories/poems are listed below.

It has been an honour to edit and compile Of Words and Water. My short stories have been joined by the contributions of an extremely talented group of authors and now we have two full anthologies of short stories and poems to offer you. We are separated by many miles, but united in our belief that words can make a difference to people's lives. I feel very proud to be a part of this international group.

Our stories and poems have been freely donated. We hope you enjoy them and will give whatever you can to support WaterAid in their work. Help them help communities around the world to help themselves. Once these poorest of people have clean water and adequate sanitation life becomes more than just a daily struggle to survive. Only then can they think about education and all the things we who are more fortunate take for granted.

Donating through JustGiving is simple, fast and totally secure. Your details are safe with JustGiving – they’ll never sell them on or send unwanted emails. Once you donate, they’ll send your money directly to WaterAid. It’s the most efficient way to donate – saving time and cutting costs for the charity.

The stories, poems and song:

WaterAid is an international not-for-profit, determined to make clean water, decent toilets and good hygiene normal for everyone, everywhere within a generation. Only by tackling these three essentials in ways that last can people change their lives for good.