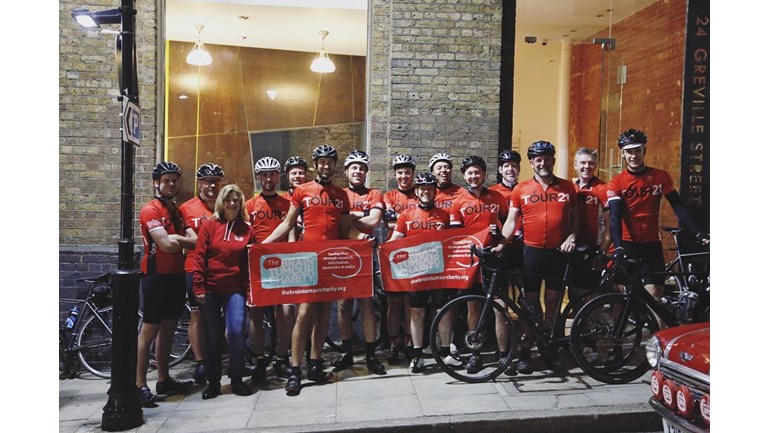 We climbed 9,763 feet. Enough to cycle halfway up Mount Kilimanjaro.

And 14 of us got even closer (sometimes too close) – mates for life!

We’ve raised an amazing amount of money and Parker Design celebrated its 21st birthday in style. But it doesn’t end there: Jim still has to hike the Inca Trail!

For those of you that don’t know, Jim has been under the knife twice to remove a brain tumour. The first surgery was in September 2013 and the second in January this year. The master fundraising plan was for Jim and 13 of his colleagues to do the 210-mile bike ride, then for Jim to head to Peru four weeks later to continue the fundraising for The Brain Tumour Charity.

And he’s off on the 28th of October. It’ll be 10 days of trekking between 7 and 10 hours – a walk in the park really! He’ll trek to an altitude of 13,828ft up the infamous ‘Dead Woman’s Pass’. His mum, consultant and surgeon aren’t overly pleased at the endeavour but he’s feeling confident!

The money we’re continuing to raise will contribute to research into different kinds of brain tumour. The charity relies 100% on voluntary donations, so every penny we raise will really make a difference. Last year, supporters like you raised an incredible £5 million for a charity very close to our hearts.