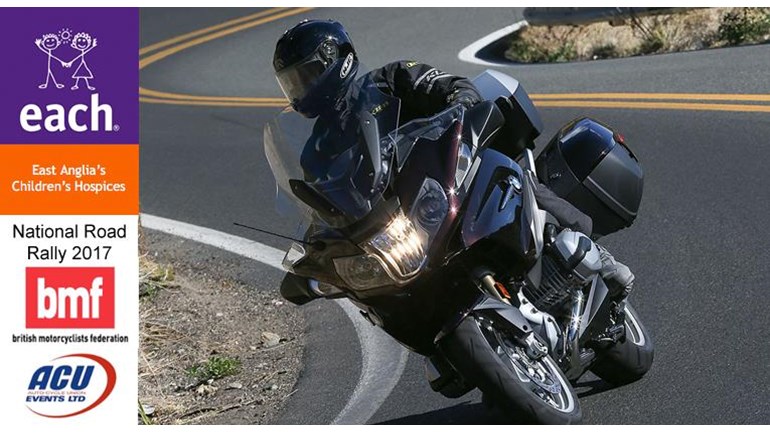 It's funny how life has a habit of catching up with you without you noticing. One day you are making a list of things you will do 'when you get around to it', the next, you realise that you have left it too late. When I was younger I always fancied taking on the National Road Rally, which I duly filed in the 'things to do one day' box, and then got back on with day-to-day life. Needless to say, I never did do the rally before selling the last of many bikes and settling down (much to the relief of my mother).

Returning to motorcycling after a break of 30 years thoughts of the National Rally once again crossed my mind, and were duly dismissed as something for the future. Last week I watched a news item on tv about a young child with a terminal illness who was off to Disneyland in Orlando. This young lad was trying to cram more into his six years than I had managed in almost ten times as many.

I, like so many others, had enjoyed the things that we all take for granted... days in the park with jumpers for goalposts, teenage angst, the independence afforded by my first set of wheels, my first live music concert, falling in love, getting married, the birth of my daughter, and so many other things that this lad, together with many other young kids, may not be given the opportunity to experience. And so it was that after a quick bit of surfing online with the credit card (the only type of surfing I will ever experience at my age) I found myself entered for my first ever National Road Rally on the weekend of July 1st/2nd - exactly one month before my 60th birthday. I've never done anything gracefully, so I don't see why getting old should be any different.

To tackle the rally purely for self-gratification seemed wholly inappropriate. What many people don't realise is that one of the main aims of the NRR is to raise money for worthwhile causes - I think of it as a London Marathon for people who can't run. I decided that I would like in some small way to help those like the young boy who inspired me to take this on. Many of these children, together with their relatives, are helped tremendously by East Anglia's Children's Hospices. The charity has to raise £16,000 every day in order to offer vital services in Cambridgeshire, Essex, Norfolk & Suffolk. While I would obviously like to raise as much as possible for the charity, I have set myself an initial target of £334 - this being the requirement to run the services for just half an hour!