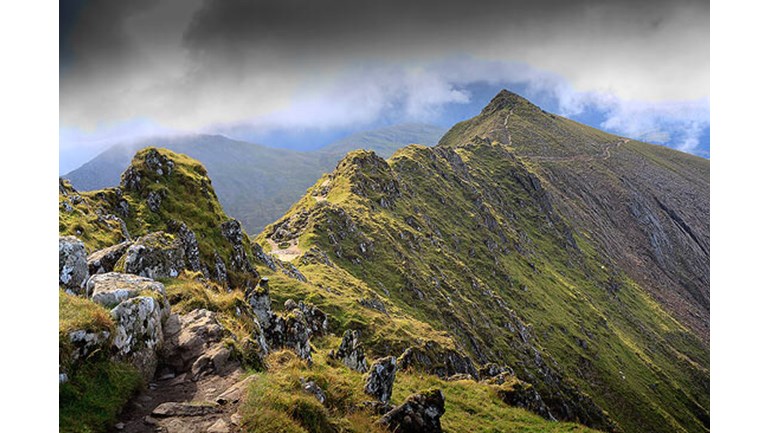 On March 17th Jo and Natalie will be trekking up Snowden in Wales to help raise money and awareness for Vasculitis UK.

Kelly Bowles is living with this condition everyday and we’re hoping to help with the efforts in finding treatment and maybe one day a Cure. Here’s a blog that Kelly has written to explain what it’s like to live with Vasculitis.


I want to take this chance to write a bit about a rare illness that I have been diagnosed with.

Back in the winter of 2002 I was in and out of hospital with chest infections, pneumonia and acute asthma symptoms. After being admitted for the 4 time via resus the consultants realised they were dealing with something more sinister.
I can’t remember much of the first 3 days of that visit only that I was placed on oxygen and had loads of different tests I was placed by the nurses’ station and was later told that I had them worried for a while.
After 3 weeks, I was discharged on many different tablets and inhalers to await an appointment with the professor for results. C.O.P.D, Emphysema and Vasculitis was mentioned and I was hoping and praying that it would be C.O.P.D or Emphysema.

In January 2003 I met with the professor who confirmed that I had Churg-Strauss syndrome now known as (Eosinophilic Granulomatosis with Polyangiitis). CSS is a rare autoimmune condition that causes inflammation of small and medium-sized blood vessels.

This illness has stolen the healthy life I had but I won’t let it beat me. I was health up until that winter, I done classes at the gym at least 3 times a week played squash and badminton and swam twice a week, I enjoyed nights out socialising and was often the life and soul of the party, now I need to build up enough energy to get to my car, gym classes are a no go and I can no longer fully do the job I love because I just don’t have the energy or breath to do it.

Platinum have been 100% supportive with my illness and accommodated me accordingly. I suffer pain daily; have about 4 hours sleep a night if I’m lucky and that’s not all at once, I struggle to breath and I rely on 17 tablets in the morning 7 at lunchtime 3 teatime and 9 before bed, 5 different inhalers and a nebuliser to get me through the day.
Despite all this you will always find me with a smile on my face.

To look at you wouldn’t know there was anything wrong but inside I am very poorly. My body is attacking itself from the inside out. If you are part of my close circle you would realise what I go through daily just to be able to carry on working and making a difference to the lives of others. I’m not a hero or an inspiration I’m simply me and I want to continue being me for as long as possible.

Some forms of Vasculitis are very rare and below I have shared the facts about Vasculitis and the vasculitis website so we can all be educated on this awful illness.

What is Vasculitis?
Vasculitis is a rare inflammatory disease which affects about 2-3000 new people each year in the UK. Vasculitis means inflammation of the blood vessels. Any vessels in any part of the body can be affected.

There are several different types of vasculitis.
In the first type, the acute form, it can be caused by infections, reaction to drugs or exposure to chemicals. Often the problem is localised, such as a rash. In these cases, the disease usually needs no treatment. Other types of vasculitis can be secondary to (or because of) other illnesses such as rheumatoid arthritis or some types of cancer.
The third group is known as Primary Systemic Vasculitis (PSV). Primary means that it is a disease not secondary to any other illness. Systemic means that it can involve any part of the body.
Primary Systemic Vasculitis is an auto-immune disease with no known cause, although genetic makeup may make some people more susceptible.
In PSV, the body’s own white blood cells (which normally defend us by attacking and removing “foreign” cells in the blood stream) start to attack the cells lining the blood vessels. This can cause partial blockage of larger vessels but complete blockage of medium and small arteries, veins and capillaries. This in turn leads to death of the tissues supplied by those vessels.
There are various types of PSV. Some are mild and require no treatment, but others are very severe and cause serious illness, even death, if not recognised and diagnosed promptly and treated appropriately and effectively.

Symptoms and Treatment:
Primary Systemic Vasculitis can affect various organs, and the symptoms of vasculitis are easily confused with other illnesses, so the disease can go unrecognised for a long time.
The organs that can be affected may be the upper respiratory system (nasal passages and sinuses) and the lower respiratory system (trachea and lungs), ears, eyes, skin, kidneys, gastro-intestinal system, nervous system, and others. So, different types of vasculitis can cause loss of sight, deafness, loss of digits or limbs, skin scarring and facial disfigurement, kidney failure, damage to lungs, trachea, nasal passages and sinuses, gastro-intestinal disorders, damage to the brain and nervous system and occasionally to the heart.
There is no cure for PSV, but it can usually be controlled by use of steroids, chemotherapy and immune suppressing drugs. Long term drug therapy is often required. If all goes well some patients go into “full remission” – ie they no longer need drugs. But relapse is common.
People suffering from vasculitis often experience muscle weakness and chronic fatigue. Some experience chronic pain due to nerve damage or severe migraines and headaches due to damaged blood vessels in the head.
Others require dialysis or kidney transplants. Many have breathing problems and others are left with permanent physical disabilities.
The most “common” types of these rare vasculitis diseases are: ° Granulomatosis with Polyangiitis (GPA) (previously known as Wegener’s Granulomatosis) ° Eosinophilic Granulomatosis with Polyangiitis (EGPA) (previously known as Churg Strauss Syndrome) ° Giant Cell Arteritis/Temporal Arteritis (GCA) ° Henoch Schönlein Purpura (HSP) ° Microscopic Polyangiitis (MPA) ° Polyarteritis Nodosa (PAN)
Rare types of vasculitis include: ° Behçet’s Disease (BD) ° Central Nervous System Vasculitis or Cerebral Vasculitis (CNS) ° Cryoglobulinemia ° Kawasaki’s Disease (KD) ° Takayasu’s Arteritis (TA) ° Urticarial Vasculitis (HUVs)
The key to successful treatment is early recognition and early correct diagnosis, followed by prompt, appropriate and effective treatment. This results in better subsequent quality of life and longer life expectancy

For much more information about the individual vasculitis diseases, about vasculitis in general and how to live and cope with vasculitis visit the website:


Donating through JustGiving is simple, fast and totally secure. Your details are safe with JustGiving - they'll never sell them on or send unwanted emails. Once you donate, they'll send your money directly to the charity. So it's the most efficient way to donate - saving time and cutting costs for the charity

Vasculitis UK provides support, advice and information to those suffering from vasculitis and their families. VUK also sponsors research into the causes and treatment of vasculitis and works to raise general awareness of ALL types of vasculitis. VUK is run by volunteers who all have vasculitis.

Charity Registration No. 1180473
Find out more about charity fundraising