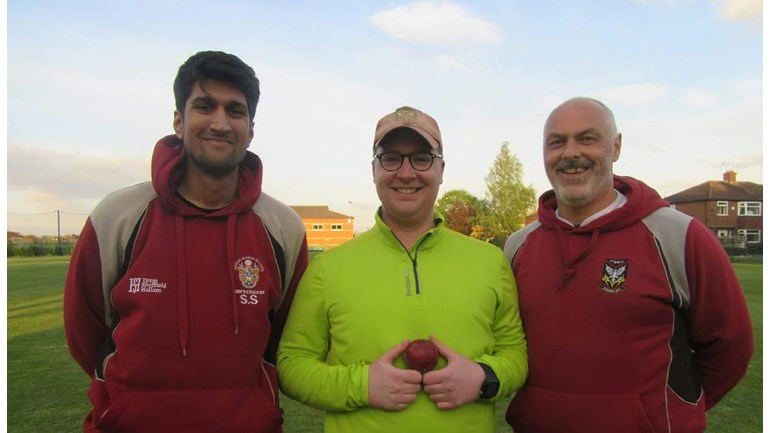 Many of you will have read in the news recently that the Christie Hospital was devastated by a fire causing millions of pounds worth of damage to the Cancer Research wing. Therefore myself, Tim Humpage, Ben Humpage and Sanjay Shah will be walking from Heaton Mersey CC to Prestbury CC to coincide with the 1st teams fixture on 10th June in support of Cancer Research.

As you all know I'm not a huge fan of walking so please dig deep and show your support for a worthy charity who are in need of our donations now more than ever.

We will be walking in memory of Tim and Ben's brother Simon and they would like to share this message:

'This year marks the 20th Anniversary of our elder brother Simon's passing after a long and brave battle with Cancer. We have decided to honour this anniversary as there isn't a day that goes by when we don't think about the good times we shared, which thankfully were plentiful.'

And also in memory of Sanjay's grandad:

'As many of you are aware my grandad recently passed away after a short battle with lung cancer. He was such a huge influence on so many lives and to honour​ his memory and his final wishes of "donating to Cancer Research", I will be joining Tim and Charlie on the charity walk.'

The 13 mile walk from Heaton Mersey CC to Prestbury CC is taking place on the 10th June. Please show your support for such a worthy charity.