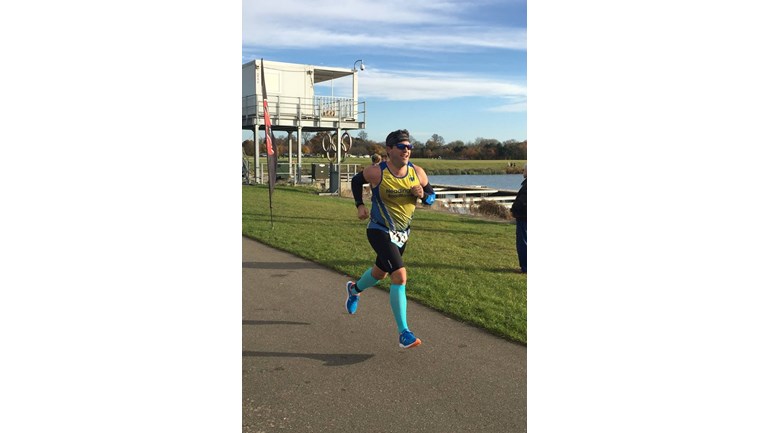 to inspire myself and inspire others...... for Helen & Douglas House because Without H&D House, the world would be a sad place

#RunTime2016 was born out of low self esteem, bad lifestyle choices, and a poor social attitude, I was verging on being self destructive, the polar opposite of the unbelievable work that is done 24/7 at Helen and Douglas house, your donation, no matter how small, helps, and that's all we need in this world, just a little help.......

New Year's Eve 2015, I was 115kg+, 2 heart attacks in the bag (both self inflicted) chronic asthmatic, I was having panic attacks, and was dangerously approaching being pre-diabetic, and basically, generally not taking care of myself, either physically or mentally, but more seriously, not wanting to......I was often not a nice person to be around, those closest to me would testify that, so, with 2016 looming large, I declared, by the cooker, to my partner Charlotte, quite boldly that: "I'm going to run EVERY. SINGLE. DAY of 2016 and take control of my life back".....

I would love to say it hurt, but it didn't!!! I had the best time, the total highlight was HURTLING ALONG at 40km/h on my rebuilt retro bike, cannie wait until the rematch at Dorney Lake on Sun 19th November!!

Return to Winsor on 19th November for Duathlon Take 2!!!!

Did Windsor in howling gales and freexing weather, was chuffed to finish 59th out of 130, progress indeed!!!

So, why Helen & Douglas House?

Well, I've been a volunteer chef/baker there for over almost 3 years, and I can safely say that every week is an absolute treat and a total highlight (as demonstrated by my weekly Facebook cake posts!!!)  The work they do is SO amazing, SO skilled, and SO often unnoticed/unrewarded, and the respite care they offer is second to none,  I see first hand week on week the difference it makes to all the families involved, so in my opinion, who better to help, seriously....?

Helen & Douglas House helps local families cope with the challenges of looking after a terminally ill baby or child who will die prematurely. We are a home from home for our patients and their families, and provide round-the-clock care in a warm, loving environment.