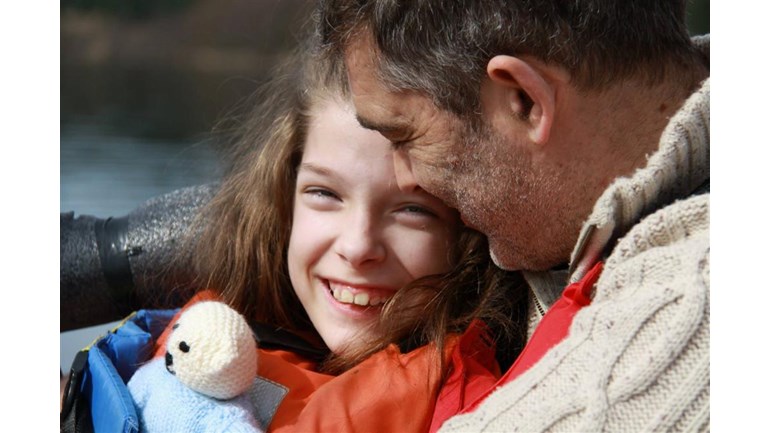 We provide research and support to help children with brain conditions

On 26th June 2016 Poppy Jones and her dad Rob took part in the Cardiff Triathlon together to raise money for Cerebra. But they faced an additional challenge – eleven year old Poppy has cerebral palsy and Rob pushed/pulled her around the course using custom made equipment specially designed by the Cerebra Innovation Centre.

Poppy now wants to complete a Half Marathon with her dad and continue to support Cerebra in her new role of charity Ambassador.

On 28 August 2016, Poppy and Rob will take part in the Severn Bridge Half Marathon.

Poppy was born with quadriplegic cerebral palsy and chronic lung disease. She can’t sit, stand, roll or support herself and life is a daily challenge for her, so taking  on such challenges seemed an almost impossible task.

Inspired by friends with similar challenges and disabled people in the wider community, we approached Cerebra for help, as without them it would not be possible. It seems that the sky is the limit now and we can kick on and get outside, take on new challenges together, and raise awareness and funds for cerebal palsy at the same time.

We're the charity dedicated to helping families with children with brain conditions discover a better life together through our research and support.