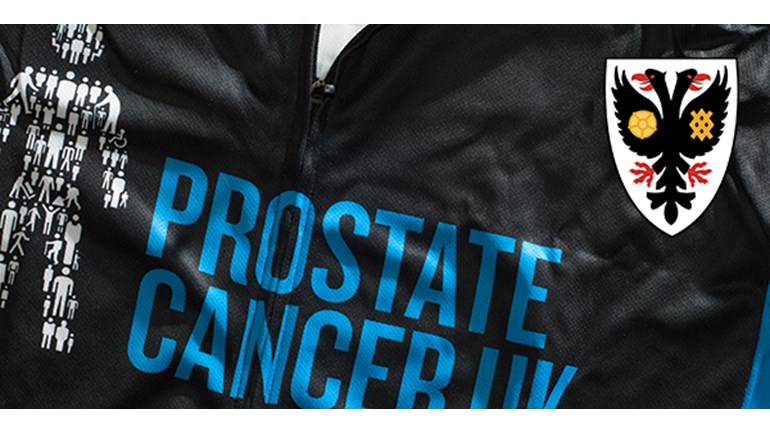 From 9–11 June 2017 I'm joining football fans from throughout the UK for the annual Prostate Cancer UK fundraising ride to Amsterdam.

It's a two-day 145-mile ride that for us Londoners leaves the Olympic Park and wends its way to Harwich before crossing the North Sea and landing in the Netherlands.

Prostate Cancer UK are aiming to raise £500,000 from the event, and our group of AFC Wimbledon fans will be doing our bit!

Donating through JustGiving is simple, fast and totally secure. Your details are safe – JustGiving will never sell them on or send unwanted emails. Once you donate, they'll send your money directly to the charity. So it's the most efficient way to donate, saving time and cutting costs for Prostate Cancer UK.

Read more about the event at http://prostatecanceruk.org/get-involved/football-to-amsterdam-2017

(The photo at the top of the page was taken at Kingsmeadow when I and another Wimbledon fan joined a group of Tottenham fans for an awareness-raising pre-ride around all of London's league grounds in a single day.)