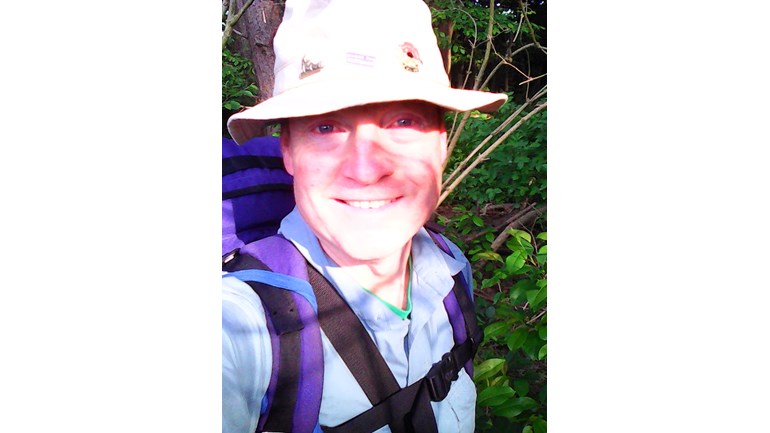 I am walking WW1 battlefields, sleeping rough for Alabare Christian Care Centres because I want to support our homeless veterans

We provide accommodation and support to help homeless and vulnerable people.

As an old solider, I’m fundraising for Alabare’s ‘Homes for Veterans’ chartable work https://www.alabare.co.uk/veterans  by walking the WW1 battlefields of the Ypres salient in Belgium 08-14 May 2019 in a personal pilgrimage of remembrance.  I slept rough under my old Army poncho in sympathy with our homeless veterans.

The walking part of my pilgrimage is over however the fundraising for #homesforveterans continues - more on this in a moment.  The experience was everything I hoped it would be and more - see photos below.  I met some amazing people and visited key WW1 sites such as: Passchendaele; Tyne Cot, Hooge, Hill 62, Hill 60 and Mesen.  As I walked into Ypres towards the end of my route, the bells of St Peters rang out and I truly felt like a pilgrim arriving at his destination.  The 'Last Post' ceremony at the Menin Gate was unforgettable.  I'd like to generate more donations through speaking about my pilgrimage so if you know of organisations or companies that might be interested, I would be grateful for an introduction.

I've done this for 3 reasons:

1.  I'm the organiser of Salisbury International Coaching Week:  https://www.eventbrite.co.uk/e/salisbury-international-coaching-week-29-april-03-may-2019-tickets-56050148503  We have been hosted annually since 2017 by Alabare, free of charge, so I would like to give something back to recognise their support.

2.  On 11 November 2018 on the 100th anniversary of Armistice Day, I paraded with my Royal Engineer intake as a veteran for the first time.  We were commissioned into the Corps of Royal Engineers 35 years previously and decided to base our reunion around Remembrance Day events in a village in middle England .  I found myself unexpectedly moved by being part of this significant moment in our nation's history.  This experience has inspired me to do more.  Supporting our homeless veterans feels like an appropriate way to honour the memory of the fallen: #homesforveterans

3.  Both my grandfathers and a number of great uncles fought in the trenches during WW1, some of whom were killed and wounded.  I wanted to pay my respects for their service and sacrifice.

Alabaré’s Homes for Veterans provide supported accommodation to British Armed Forces Veterans who are homeless or at risk of becoming homeless.

Alabaré believe no Veteran should be forced to sleep on the
streets.

Alabaré provide dedicated support to Veterans across the South of England and Wales - specifically; Wiltshire, Hampshire, Gloucestershire, Devon, Dorset as well as North and South Wales. On any given night our Homes for Veterans are able to keep over 100 Veterans off the streets.

Alabaré offers support to thousands of people in need through its homes and services across the South and South West of England and Wales.  They provide specialist support for young mothers and their babies, people suffering from addictions, young people and those leaving the care system, those experiencing mental ill
health, adults with learning difficulties, and Armed Forces Veterans who struggle to cope with life outside of the military.   They also run training courses and day activities at two Development Centres in Wiltshire.  Beyond this they also provide learning difficulties clients with long term supported homes; a care service for those living in their own accommodation and a residential Christian Community.

In each of their homes and services, the vision of helping each person to
live an independent life of their choosing is achieved by holding fast to our founding principles of generosity, care, compassion and respect.

Charity Registration No. 1006504
Find out more about charity fundraising