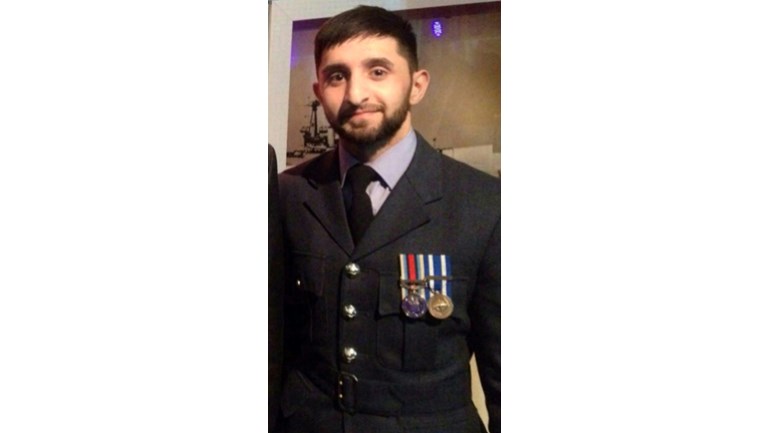 We provide care, help & support to the people of Burnley & Pendle

Time seems to freeze when you learn that someone you love has a life-threatening illness.

Shahbaz (Shabz) has been serving in Her Majesty's Royal Air Force for nearly ten years now and has regularly been posted to various countries throughout the world which meant being away from his wife and two very young children for lengthy periods of time. However, what was planned for him was something far more challenging.

Early October 2015, Shabz returned from a four month tour in Dubai. On the 6th of October he successfully took part in a charity mountain climb with another local charity called Free Spiritual Centre, where he trekked up Mount Snowdon in Snowdonia, North Wales, not knowing what was going on inside his body.

Even though Shabz noticed slow, progressive physical changes in himself such as weight loss, loss of appetite, abdominal pain and a steady change in bowel movement, he assumed it was linked to being away in Dubai.  However, as the symptoms progressed and the pain became more severe, he realised this was not something to ignore. Following many hospital visits and many different tests to establish the cause of the symptoms, there was no clear indication of any serious health issues.

After pushing for a CT SCAN, a 10cm tumour was discovered in November 2015 in his colon. Shabz had emergency surgery to remove the tumour. However, as the tumour had already ruptured the colon and spread to the lungs, he was diagnosed with stage 4 cancer. Shabz has been battling cancer since then, as well as undergoing chemotherapy treatment with no success. Shabz has now been told that his cancer is inoperable, incurable and he is now under palliative care.

Shabz is now being cared for by the local Pendleside Hospice Team. The level of care, compassion and support provided by the staff and volunteers has been truly amazing. He never imagined anyone could provide this level of care and make it so personalised and genuine.

Pendleside Hospice need £3.8million a year to keep maintaining the high level of service they provide. £1million is provided  by the CCG(Clinical Commission Group) and the rest is raised by all the great fundraising work that is carried out in the local community.

A big thank you to Pendleside Hospice for the compassion and kindness you provide at an impossibly difficult time.

We intend to raise as much money as possible for them as this is one place which truly needs our kind donations. Anything you donate will always go a long way to provide care for all our local community who are in need of the service.

If you are unable to donate, we would be just as grateful if you could just keep Shahbaz and all those who are unwell in your prayers.

Pendleside provides for the individual needs of people with cancer or other life-limiting illnesses. We offer in-patient, day therapy& hospice at home services, & support for families and carers. All our services are provided free - we rely on the support of the local community we serve, and on you!