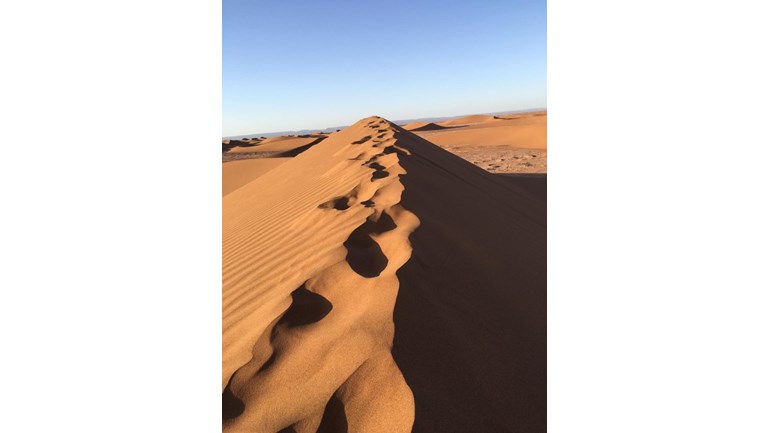 An organised 5 day trek through the Sahara Desert raising money to keep the helicopter in the skies above Lincs and Notts.

My husband, John, had need of the Air Ambulance twice during
his lifetime.  The first time he was helping a friend get his horse over a
deep dyke when he and the horse slipped,  the horse trod on his calf
nearly taking it straight off.  As they were in the middle of the
countryside and nowhere near a road the only way to get him out of there was the Air Ambulance,  they were very quickly on the scene and their prompt actions saved his leg.  On the second occasion he was trampled by cows,  again the Air Ambulance were very quickly on the scene and with the help of the Lives doctor managed to stabilize his injuries enough to get him to hospital.  Unfortunately he lost his battle 8 days later.  But one thing I'm certain about is, if the Air Ambulance was not here for such accidents then many more lives would be lost.

We are very lucky to live in a very rural community with not many major roads crossing our county, with more A&E departments closing down the Air Ambulance is a necessity not a luxury.   I would hate to think that should, god forbid, any of my family, friends, colleagues or anyone that you know and love needed this service it wasn't there because of lack of funds.  Please support this fantastic Charity.

run by
The Lincolnshire And Nottinghamshire Air Ambulance Charitable Trust

An organised 5 day trek through the Sahara Desert raising money to keep the helicopter in the skies above Lincs and Notts.

Lincs & Notts Air Ambulance is a dedicated Helicopter Emergency Medical Service in Lincs & Notts. We deliver the equivalent of an A&E department to the scene of an emergency and can transport patients to the most appropriate hospital or Major Trauma Centre for their needs in as little as 8 minutes.

Charity Registration No. 1017501
Find out more about charity fundraising