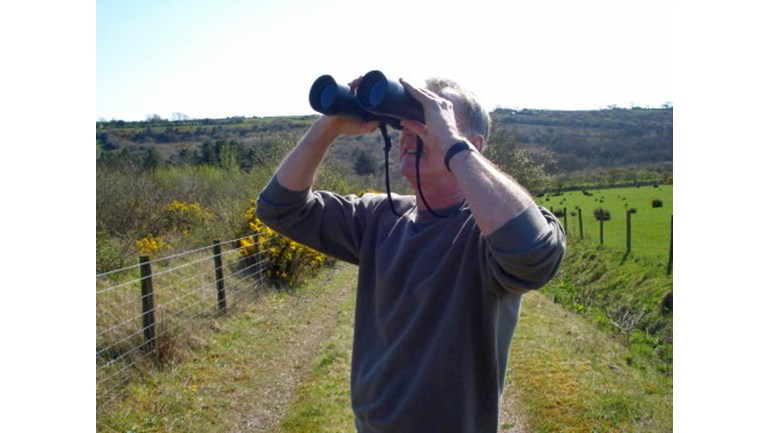 I am going to attempt to navigate the Welsh border for Bloodwise (formerly Leukaemia and Lymphoma Research) because it would make myself and my dad proud.

In December 2013, a week before Christmas, my dad lost his battle against Hodgkin's Lymphoma (a type of blood cancer). He was a brilliantly kind and funny man who was taken away by this cruel disease, and the impact of his death on my family cannot be overstated. At the time I was studying at university, but his death coupled with my own health issues eventually forced me to leave my degree in March 2015. I struggled for a long time trying to make sense of why these things happen, as well as my own sense of failure.

Finally, almost a year later, I feel ready to put my grief to bed and rejoin the world. I intend to reapply for university or search for a proper job later this year, but first I need to go on an adventure. It had to be something challenging to prove myself against, but also something which I think dad would have loved to have done too. So now I am currently in the middle of planning a 1,047 mile solo hike along the Wales Coast Path and Offa's Dyke. It will be an epic odyssey encompassing Wales that will start from my front door in Bridgend. The idea is simple really, I'll just make my way to the coast and start walking, for weeks and weeks, until I eventually find myself back where I started. No doubt it will also be extremely gruelling, I've never done anything like this before, and I expect it will be made all the more difficult as I have Rheumatoid Arthritis.

It wasn't until recently that I thought this would be a great story to share, something that could raise some money and awareness for a cause that's close to my heart. So my aim is to raise £1,047 - a pound for each mile the combined length of the trails cover. However, as this was something I was going to do long before I thought about broadcasting it for charity, I've decided to not give myself any type of deadline for time. I'm not out to break any records, just challenge myself personally and explore the land that has fostered me. There'll probably be times when I meander away from the trail to visit a nearby town, or climb a nearby summit... or maybe just spend an evening in the pub. Also, as I have arthritis, I cannot rule out the possibility that I might be forced at some point to return home briefly for treatment in the event I have a flare-up. I won't be taking any shortcuts though, I fully intend to return to wherever I departed from the trail before progressing any further.

I am planning to leave in late April/early May, when the weather becomes just a bit more agreeable, and I have all of the gear I need, and I've maybe done a little trial run somewhere. Until then I will continue to update this page in the run-up to my departure, as well as whenever I have access to a computer on my trails.

So thanks for taking the time to read my story, and I would be truly grateful for any donations you can spare, however small.