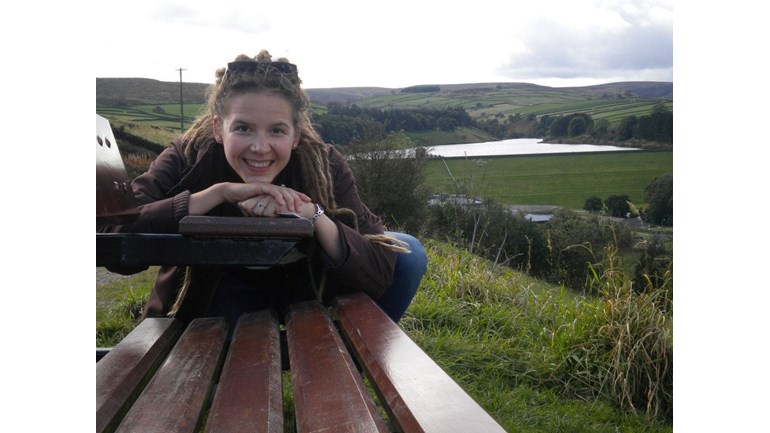 Support Val Cartei to translate WHO IS THE BUDDHA? into Italian.

So she can complete the translation. for Triratna Chairs Assembly because it makes the Dharma more accessible for Italians.

Val writes, “I believe that the Teaching of the Buddha has a vital message for people of all creeds.  I want to translate Sangharakshita's book, 'Who is the Buddha?', so that like me more people can benefit from the Buddha's life and teachings. The book contains a treasure trove of wisdom, easily applicable in everyday life by all people from all backgrounds and with different beliefs and preferences.

I was born and raised in Italy. Like many in the West, I grew up with a pretty distorted image of Buddhism. I thought the Buddha was a God and meditation was only for people with a natural affinity for it and too much time on their hands.

But like many others, I also had heard many insightful quotes and sayings of the Buddha ...

Then a few years ago I was suddenly faced with loss and grief. At loose ends, I started going to the local Buddhist Centre. There I started  understanding the profound message that Buddhism has to offer and developing a peace and happiness that once I would have not believed possible.

Now I am a mitra who has asked for ordination from the Triratna Sangha in Brighton”.

The Triratna Translations Board are fund-raising for the last £265 to translate “Who is the Buddha” by Sangharakshita, founder of the Triratna Buddhist Community and Order, into Italian. This is in addition to grants we have already received to this end from FutureDharma, http://futuredharma.org , and the European Chairs Assembly. Any surplus will go to future translations projects.

Read more about the Board here:
https://thebuddhistcentre.com/news/introducing-triratna-translations-board

Translating a Dharma book into another language can cost between £500 and £2,500 depend on its length and the particulars of the target language. We the Triratna Translations Board are fund-raising here to complement our other sources of funding for such work.

The Vision of the Triratna Translations Board

Our vision arises from a recognition of the importance of translations for the spreading of the Dharma as taught by Sangharakshita. Translation does not just concern the few people teaching the Dharma in some European or overseas, non-English speaking countries.

Two things came to mind when we started to reflect on our vision:

- Without translations, there is no sharing of the Dharma in non-English speaking countries. If we live in the UK or the US for example, attend most of our retreats and Order events there, where even most of the foreigners we meet seem to get by in English, we could easily get the impression that everyone speaks English. However it is sobering to note that only 5% of the world's population are native English speakers. Even if our movement has largely developed in English speaking countries, and many others, we should not under-estimate that 95% of the world's people are not native English speakers. Out of these 95%, some simply won't speak English at all, some will speak a little but not enough to make sense of a book, and others will be able to read and understand a book in English to some extent only.

- Our experience of sharing the Dharma in non-English speaking countries has shown how important and helpful it is to have texts and even books in the local tongue, as even those who are fluent in English as a foreign language almost always say that it makes a far deeper impression to read the Dharma in their native tongue.

So, fundamentally, our vision is to uphold and communicate the Triratna Vision globally to allow Sanghas around the world have access to the Dharma in their native tongues. Part of the vision is also the idea of making Bhante's presentation of the Dharma available to a wider audience around the world.

In France for example, people can have access to the Dharma in general - as many other lineages have been taught and translated into French. But people do not yet have access to the Dharma as taught by Bhante, to the specifity of his teachings and of our Order: the centrality of Going for Refuge, the emphasis on spiritual friendship, the importance of the arts and aesthetics in spiritual development etc. So our vision is 'to spread the Dharma, as taught by Sangharakshita and his disciples, through the translation and publication of their books into European languages (and now non-European languages).

Our aim is to have as many of Sangharakshita's books and other writings translated as possible.

The Triratna Development Fund is for people who want to contribute to helping the teachings of Buddha spread in the modern world, world-wide. Part of the Triratna Buddhist Community (formerly FWBO), it's a one-stop-shop where you can see what's going on, decide what to support, and get active.