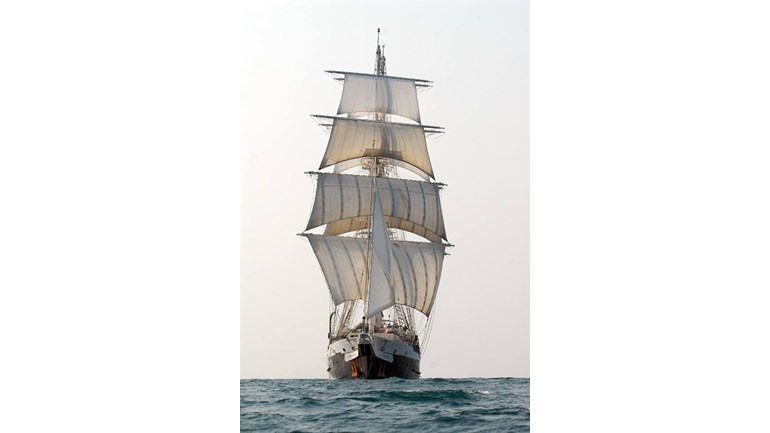 Super Mile Building Adventure Voyage for Blythe House Hospice because to prove i still can.

We provide care and support to those affected by cancer or illness.

Before i start, i would just like to thank all the people who have made my challenge possible, (in many ways.)

Challenge  Cancer Through Adventure for sponsoring and supporting me.

Emma and Louise in the MacMillan Centre

and most of all, Guru, with whom i will firmly lay the blame when i'm cursing / throwing up, in the Bay of Biscay.

Thanks also to the Inmates of Blythe House, who i will always remember and who have been a part of my Blythe House Experience. Jock, (who could ever forget Jock,) for hugs, wit and entertainment, Peter (ditto!) although i shall still see Peter, who can be found frequenting a local supermarket on a daily basis with his Harem, Keith (the most gentle man i have ever met and supplier of biscuits,) Ruth (I SHALL learn to play the Uke, we will have the very own BH Uke group before long!) to Marella, provider of advent calendars and cakes, to Margaret, fabulously talented card and craft maker, to Jane because your dimples light up the room, to Trevor (I'm still waiting for my snooker cue walking stick!) to Melvyn, for being nautical and poetic, to Lisa for even more hugs, to various people for providing cakes (all of which i shouldn't eat,) to everyone who has given me a hug, to Sylvia for becoming an eating buddy, and last but not least, to Heather, my walking buddy, for her courage and who sadly passed away earlier this year, but always remembered in my heart.

Gosh, there's an awful lot of talented Inmates at BH.

I hate to be the first to admit it, but all that programming / brainwashing, (mindfulness, to the lay person,) acceptance, acceptance, acceptance, does eventually leave it's mark. Living in the moment. Not the past, the future, but the here and now. We all have "things" which affect the way we are / who we become. I'm never going to be that person i used to be. Outgoing, extrovert, physically active, life and soul? But I'm gradually learning to live in each moment as it is.

My nickname "Trouble,"  seems to have been used rather too frequently throughout my life. I can't think why! It seems to be spreading around BH, so maybe that's a good thing, a glimpse of my former personality. Because that's not all you lose. We were talking about inspiration. You lose emotions, too? Except negative emotions. I don't feel inspired or inspirational. Numbness? I'm sure many people feel they become nowt but a NHS number. A punchbag. Cameras, needles, investigations, diagnoses, treatments, cures. Not always. Learning to live a new kind of life? If you have the will. And support.

At first glance, one could mistake the title for a 5* wildlife spotting cruise. Indeed, when i first approached CCTA  (Challenge Cancer Through Adventure,)
they did initially say they don't sponsor people to go on wildlife spotting cruises. It's just as well, it isn't? Far from it. In fact, i hate cruises. I've tried it and hate it. I prefer to be in the thick of the action.

It was Guru who first suggested an adventure / challenge and CCTA, and planted those seeds which took all of 10 seconds to grow. In my former life, i was never one to hang around with a great debate. Just go and do it? Impulsive, some would say. I ruled out many other "physical" activities i.e. high level walking, climbing etc, as too physical and i would have problems breathing at altitude. My two passions are skiing and sailing, and as i can no longer ski to level i did previously, sailing was the obvious choice. I already had some sailing experience and knowledge, so i focused my attentions on sailing for those less able bodied. Classic Sailing / JST were the main company with ships adapted and receptive to the needs of the less able bodied. Bingo.

It's taken, (I've lost track,) almost a year of filling forms, making applications, speaking to medical professionals, booking flights, hotel, everything has to be planned to make life as easy as possible. I wish i were a "normal" person. You cannot begin to appreciate how difficult it is to plan a trip when other people have the ultimate say on your "life."

3 months to go. I'm still not home and dry. There's the not so small matter of Travel Insurance, which is proving almost impossible to procure, but the last major hurdle? Apart from the head cam. Maybe that's smaller in comparison. Who in their right mind is going to insure me? There must be someone. For a price.

I am crewing Tall Ship Lord Nelson from Gran Canaria to Southampton, sailing in February. The Jubilee Sailing Trust enables people of all abilities to work together, able bodied and those, not so able bodied, so i will share my journey with a "buddy."

Initially i thought, what a great opportunity to spot whales. I've traveled all over the world to see Whales, but never seen one in the flesh, so to speak. It's the best Whale Watching Route in Europe, particularly as Humpback Whales pass through the Azores on their annual migration. I've already been to the Azores specifically to go whale watching, but the sea conditions kept us land bound. Norway, the Artic Circle, I've even tried Whales in Wales, (Minke.) It's now or never, in my mission to see a Humpback Whale? I also hope to see Sperm Whales and Dolphins in abundance? It will be the icing on the cake if i can capture a "whale experience" on a head cam or body cam. I don't have one yet, but as I won't have any free hands, I'm hoping to acquire one from somewhere, so my adventure can be recorded for posterity.

Everything about the "adventure" is going to be challenging, including having to tolerate someone else snoring? Standing up on a rolling ship? A rolling tall ship, at that. A force 10 wind,  30 foot swells in the Bay of Biscay. No problem. If I'm ill on board ship? I've already been made aware of the risks by the ships doctor. Someone else snoring? I'm not so sure about that.

Blythe House adds quality to life by providing the highest levels of care for people affected by cancer and certain other life-limiting illnesses and supporting those who are bereaved. For more information please visit our website. www.blythehousehospice.org.uk