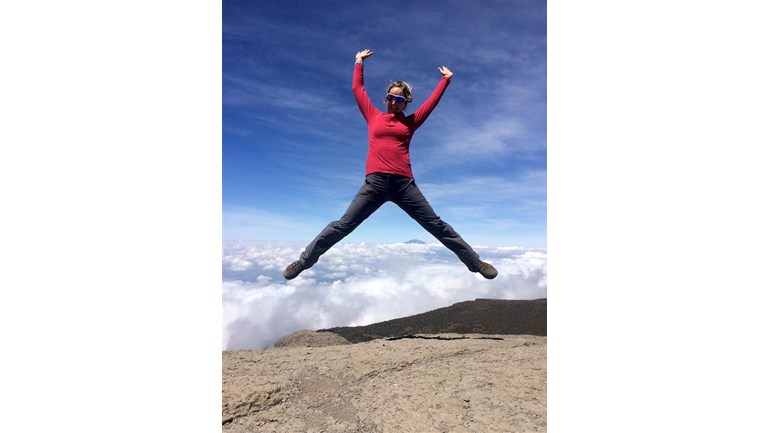 Complete 30 endurance events in my 30th year for Young Minds Trust because it is a charity I believe in.

2018 is the year I turn 30. "A spring chicken some might say"; even though age is but a number, I have struggled with the idea of turning 30 for some time, so I've decided to do something big to mark the occasion. To  explain this I need to tell you my story.

Grab yourself a cuppa and settle in...

Like many I did not grow up in the usual family with a happy Mummy and Daddy and 2.4 children. I never saw my Dad and even though I was close to my siblings, they are older than me and left home when I was only a toddler. My Mum and I are extremely close and she brought me up as a single parent until I was a teenager; we went through a lot together both great times and extremely difficult times. When I was 5 years old my Mum, rightly so, found a nice man that made her feel wanted and special and soon he moved into our world of two.

But this man was abusive, and from the age of 5 until 11 he emotionally and physically assaulted me. Most of this happened under the radar to family and friends. When the events came to light it was devastating particularly for my best friend, my Mum. From the age of 11, he ws gone.

Going through trauma like that has as huge impact, and sometimes I'm still affected by memories which can be triggered unexpectedly.

But in the years after he left, when I was about 14, I started to get strange thoughts and deep feelings of emptiness; they did not seem to me just like a feeling. It was physical and would make me feel sick and dirty. These feelings became more severe very quickly and the only way I could make them go away was to run. Maybe it was a feeling of freedom initially but soon it started to spiral out of control. I would try to do as much exercise as I could however hard it was and however much I was aching. I also began to monitor what I ate; which quickly developed into not really eating much at all. And because my  body was starving, my gremlins would take over and I would find myself eating everything and anything I could get my hands on. This would leave me feeling  worthless and sick, and I would need to exercise again to get rid of this feeling. This cycle of events lasted for about 3 years during which time I lost a lot of weight, was seriously depressed and had tried to commit suicide twice.

Most people do not understand eating disorders. Understandably, people think it is all about body image. It is not. At that point in my life it was the only thing I could control and it was the only thing that made me, me. To people on the outside I was still normal happy, cheery, sporty, healthy Abbi. I was extremely good at hiding what was really going on, people did not realise that I was seriously struggling and crying out for the help I wanted and needed.

I got this help from many different places, but mostly from the people who were closest to me and especially my Mum. I put her through so much.

After a few years of help from charities, professionals, family and friends I was back on the path I wanted to be and feeling good about my future. I don't think my relationship with bulimia will ever fully feel 'over'. Now I understand my gremlins better and can keep it in balance with my love of exercise.

People that know me now know that I love to be busy and active, I love to do as much as I can in life and set myself some crazy goals; these can be sporting goals, educational or just darn right silly challenges.However at the age of 25, over 10 years after the start of my exercise obsessed eating disorder, my past reared its head once again and developed an extreme anxiety about time. I became reliant on creating lists, and this took hold. At the peak of my anxiety I was writing tens of unachievable lists per day, sometimes one or even five year plan lists. The amount of targets I would give myself was unattainable and unfocussed and i became obsessive about achieving them, feeling terrible if I couldn't.

The age 30 became an even bigger deal. The list I had of things to do before I was 30 was extreme. It was making me really stressed and unhappy. Becoming 30 was something I did not want to happen. It was time to get help once again. So I did. And again, getting help brought me back to feeling great and better than ever.

Now that I am approaching my thirtieth year, I want to mark the occasion, and my journey getting here,

I wanted to do something really positive, that was fun, helpful to others, and filled with the type of challenge that I love.

Therefore I am taking part in 30 endurance events for my 30th year. These events will range from running to skiing, mountain biking, ironman and swimming events. Exercise is a massive part of my life and my personality, and it's been a huge part of my recovery to understand how to include challenges into my life in a healthy and positive way for me.

So as part of that, I want to raise money and awareness about mental health and also promote strength and positivity; I want this story and event to inspire those survivors and not let past experiences destroy them and change them into something they are not. I want people to be proud of who they are and who they have become, as I am proud of the women a have become as I have had a tough time becoming her." The events in my life have made me the tough women that I am, but the recovery process has been possible due to so much support from incredible people along my journey. Some people have only been a part of my life for seconds; others have supported my along the way. Always my Mum as she has been there through-out; my incredible step-father who took me on when I was not the most trusting of teenagers and went on to adopt me. My family. My incredible friends whether they are near or far; ones I see every week or once a year I know they are always there to provide support, laughter, adventures and a stiff drink. Lastly but by no means least is my husband who is my number one biggest fan!

I have picked Young-Minds as the charity I want to raise money for because they support the young people themselves and also their parents. Without my Mum and the support and advice she received I am not sure I would be here.

Charity Registration No. 1016968
Find out more about charity fundraising