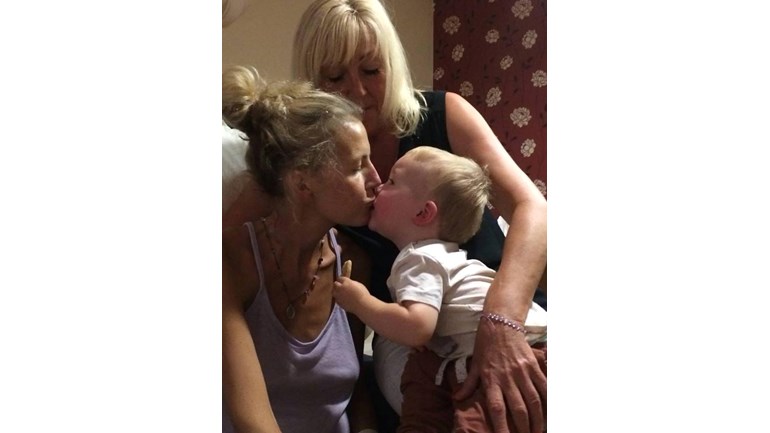 URGENT - Just giving announcement - if you are buying raffle or event tickets or auction items please DO NOT tick the gift aid box. Only tick this if you are generously giving us a donation.

Recently Zoe cancelled our October Dressage Diva camp as she was diagnosed with Cancer, she underwent palliative care at Bolton Hospice

The Active Rider and wider equestrian community are now trying to raise well over £50k in 10 weeks for Bolton Hospice.

THIS PAGE WILL CLOSE DOWN ON 7TH NOVEMBER 2011 - 11 WEEKS FUNDRAISING WILL COME TO A HALT.

This is her story – Zoe bought her horse Romeo as a gangly 3 yr old, she was pregnant at the time, so backed him when Charlie her son was born in January 2013.

In December 2013 Zoe was diagnosed with 2b cervical cancer which had spread to her tissues. She had an intense course of radio and chemotherapy, but before her check up, she was crippled bed ridden with pain.  Sadly this turned out to be cancer in the lymph nodes deep in the abdomen, during her second course of radiotherapy, Zoe became hospitalised with a urine infection & had a further scan which then showed cancer in the liver.

Romeo had been her goal through this cancer, to compete him as soon as she recovered from chemo/radiotherapy.

We suggested fund raising so that any money that Active Rider raises would help towards the upkeep of Romeo until Zoe and the family decided the best outcome for him, however Zoe preferred fundraising for Bolton Hospice as Romeo will be looked after just fine.  She was reduced to happy tears at the thought of what we are trying to do.

Rest in Peace Zoe - she passed at 6.15am on 21.9.14 - we are continuing the fund raising until Mid November 2014 - all support gratefully received. We reached your initial target of £10k on 20th Sept and we are pleased you were whispered this by mum Caroline. Such was the respect & feelings for Zoe we then went on to pass £20k two weeks later.

Guess what Zoe - we are going to kick the ass of this new target just for you!


Please donate as much as you can.  Zoe was an Active Rider.  We are a famous family – known for sticking together in good times and bad, we help each other whenever we can, even when we don’t know each other. Zoe is one of us. www.activerider.co.uk

Our consultant-led team of doctors, nurses and other professional staff provide expert care and support for local people with terminal or life-limiting illnesses and their families, in the hospice and at home.