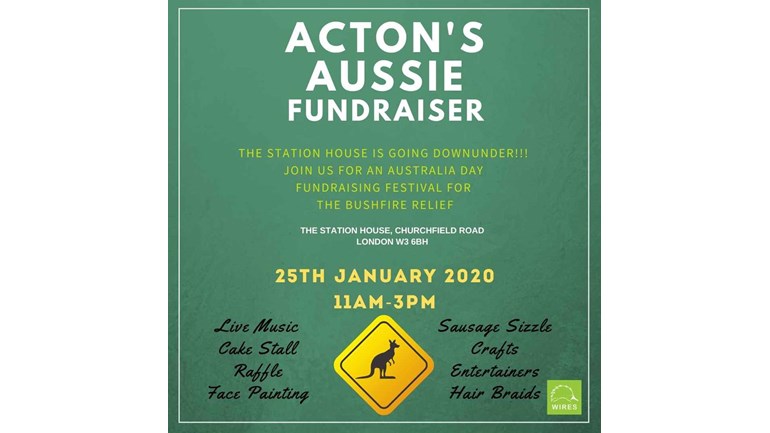 Australia is on fire. Millions of acres razed to the ground. Half a billion animals killed, some species now close to extinction. Thousands of homes destroyed, lives lost, people missing. Countless conservation projects wiped out. Plus millions of tonnes of carbon dioxide are being released into the atmosphere. How can the rest of the world help, in the short and long term, at home, and through our travels?
I'm an Australian Mama of 2 gorgeous girls, a naughty little french bulldog and partner to Alan Stanley. We have lived in London for 15 years and although we call it home, my heart will always belong to Australia. It breaks my heart to see, listen and read about the Bushfire Crisis.
Our beautiful home country is burning...
The Station House and myself have teamed up to host, an Aussie Sausage Sizzle  (BBQ) and Family Festival at the Pub.  Along with many other local businesses donating prizes to the Raffle and donating their time to set up this community event, we could not be more appreciative of the generosity this community is showing.
Please join us on Saturday 25th January 2020 from 11am -3pm at the Station House, W3 for Acton's Aussie Fundraiser.

Special appearance by Acton Fire Station after 12pm
We are accepting donations of any amounts through our JustGiving page as well as cash donations on the day.  All proceeds will go towards WIRES a wildlife rescue -
In WIRES history we have never seen a concurrent series of emergencies events like those that began in September 2019. Hundreds of fires over months have burnt over 4.9 million hectares of land in NSW alone. Many animals were already struggling with a lack of water and food due to the drought. With the fires destroying unprecedented amounts of habitat, food shortages have increased and lack of suitable habitat will be a significant long-term challenge for surviving wildlife.
It is impossible to know how many animals have perished and it will be many months before the impact on wild populations can be better understood but ecologists at Sydney University have estimated over 800 million animals have been affected in NSW and over 1 billion animals in Australia since September.
WIRES Wildlife Rescue desperately needs a boost so its volunteer rescuers and carers can save more animals, as these devastating events are seriously stretching already limited resources. The charity is also providing instructions on how to make pouches for small marsupials, which you can send to PO Box 7276, Warringah Mall, NSW 2100. wires.org.au

WIRES volunteers rescue, care for and release injured, sick and orphaned native Australian wildlife. Your support helps WIRES to rescue and care for more animals in distress, provide wildlife information and education to the community and to train and support more volunteer rescuers and carers.