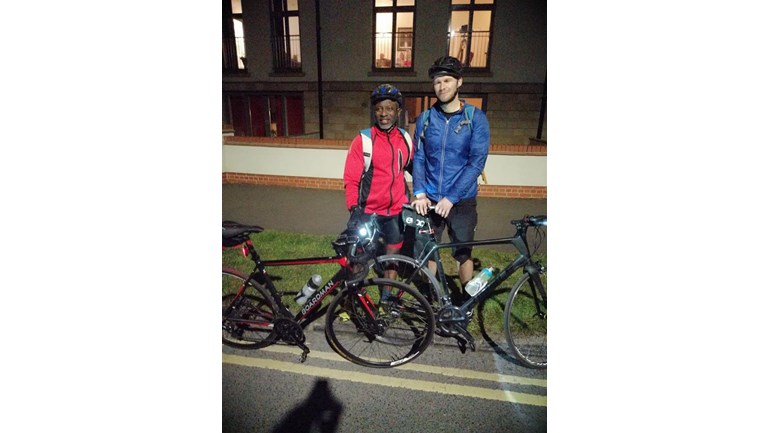 The Air Ambulance Service saves lives. It not only rescues the injured from places the usual ambulance service cannot reach, it provides vital support to transport patients who require immediate hospital treatment.

The Air Ambulance Service is a non-government funded charity. It relies entirely on generous donations from you, the public.

Earlier this year, the community around Masjid At-Taqwa experienced first hand the true value of the Air Ambulance Service. In the early hours of Friday 31st May, a father and son who had just exited the mosque after their prayers were the victims of a hit and run incident leaving the father with multiple head injuries. His condition was critical, however thanks to the lifesaving act of the Air Ambulance Service, he was transported to QMC hospital in the neighbouring city of Nottingham where doctors were able to stabilise his life-threatening condition.

On Saturday 11th August, the Samaritan Riders will embark upon an epic bike ride from Brighton to Leicester. We encourage everyone to sponsor the Riders for this great cause! All proceeds will go straight to the Air Ambulance Service.

We operate the local air ambulances for Warwickshire, Northamptonshire, Derbyshire, Leicestershire and Rutland, as well as the national Children's Air Ambulance.