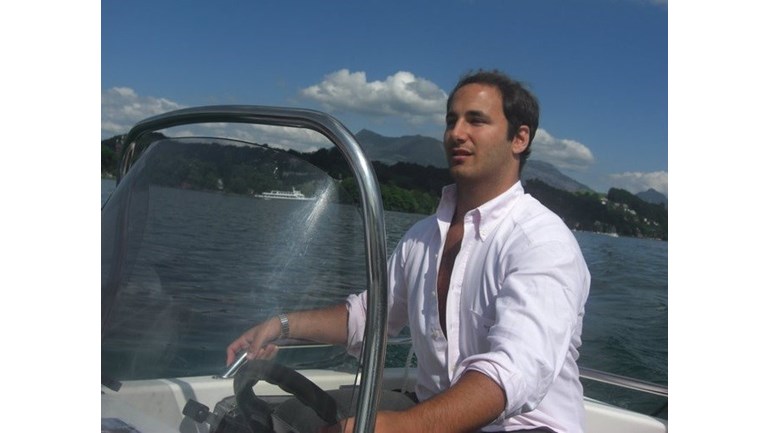 In Memory of Adam Braverman

The whole weekend was amazing;  Phil flew in from Hong Kong, Charlotte from California, Simone and Concetta from Rome and the rest of us from London.

Phil won his bet with Adam and completed the full marathon in 2 hours and 58 minutes;  only his second marathon and truly an incredible time.  He came an awe inspiring 37th from the thousands who ran the marathon.  This is one bet that Adam would not mind losing!  He didn't believe that Phil could go sub three hours - well you proved him wrong Phil!

Julian and Viktorija ran the half marathon in awesome times and all four other runners completed the 10kms spectacularly.

Hats off to all of you and massive thanks.  We are still collecting funds and will be updating shortly when we know the final amount raised.

On 15th October, 2017, to commemorate the six month anniversary of Adam'spassing, his close friend, Phil, ran the Amsterdam marathon, again raising funds for Wooden Spoon.   Phil achieved an awesome time of 3 hours 1minute and 22 seconds!  You are amazing Phil!  Of course having announced his intention to run the marathon sub 3 hours to Adam prior his passing, Adam bet he wouldn’t achieve that goal.  So close………….but as Phil says, there was no time limit so he will be running again and winning the bet!  This conversation is not closed and we all believe Phil will make it (trust me Adam does too!)

Our beloved son,brother and friend, Adam Braverman, passed away suddenly on 15th April, 2017,not long before his 30th birthday.

As Adam touched the lives of so many we would like his legacy to continue through helping children from all walks of life but particularly those disadvantaged or disabled to obtain the same joy of life, sport and friendship that so embodied Adam's life.

Wooden Spoon is the children’s charity of rugby. Our vision is that through the power of rugby every child and young person across the UK & Ireland, no matter what their background has access to the same opportunities.

Charity Registration No. 326691, SC039247
Find out more about charity fundraising