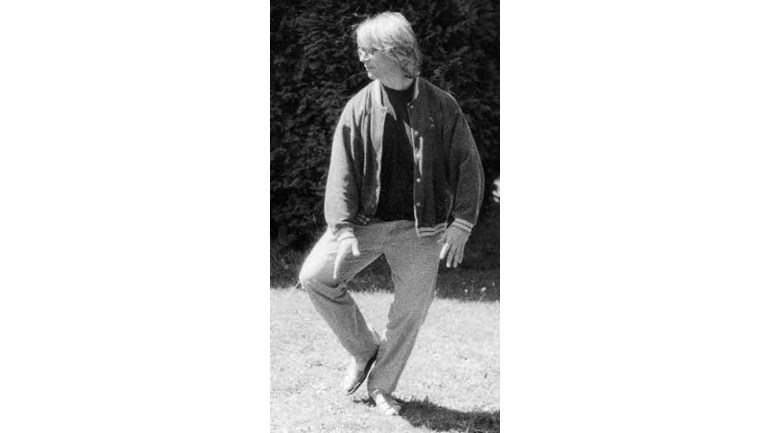 My story: Alan Peck was a T’ai Chi teacher and acupuncturist who lived and worked in Bristol. We met just after Christmas 2007 at Heathrow airport. Like Alan, I was on my way to India following an invitation by a common spiritual friend to receive teachings from His Holiness the Dalai Lama and attend the inauguration of the New Assembly Hall of Drepung Loseling Monastery in the Tibetan settlement in Mundgod.

From that day at Heathrow airport we were rarely apart from each other. One year later we were married; fourteen months after I became a widow. Alan’s sudden and unexpected death helped me realise that life really is short, that now is really all we’ve got, that the time to act is now, not tomorrow.

Although Alan was mainly known for his T'ai Chi, he had a strong spiritual connection with the Tibetan Buddhist tradition. Inspired by his generosity and compassion, I decided to fundraise for SOS Children, the world’s largest orphan and abandoned children’s charity. Their vision, “a loving home for every child”, has been blessed by the Dalai Lama.

Although they work in 124 countries, I want to raise money for the Children’s Villages in India, initiated in 1960 by H.H. the Dalai Lama to care for Tibetan refugee children who had fled across the Tibetan border following the Chinese invasion of Tibet in 1959. To this day, thousands of children continue to make the dangerous journey every year, across the mountains and often without their families.

I am inviting you to make a donation to SOS Children because they help Tibetan children in India. The money you donate will support SOS projects in Bylakuppe.

SOS Children's Villages UK offers unsupported children worldwide the chance to grow up in a safe and nurturing family environment with education and healthcare. We work to reduce family breakdown and child abandonment and protect at-risk children affected by conflict and disaster.