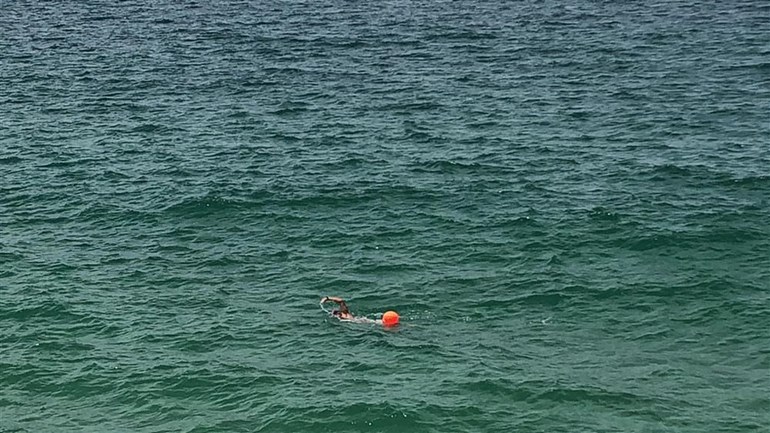 We help thousands of people to leave homelessness behind for good

Hey everybody! This August I will be attempting to swim the English Channel (England to France) in support of Crisis (see below).

In a straight line, the Channel is approximately 32km, but I'll probably end up swimming quite a lot more than that depending on the currents. It's not easy to predict how long it will take, but most likely around 12 to 16 hours.

There will be a boat alongside me to ensure that I actually swim towards France. I am not allowed to touch the boat at any point during the attempt, but they can send down snacks and drinks to keep me going. I am also not allowed to wear a wetsuit so it will be pretty cold woohoo!

The swim is scheduled for the tide period 15  - 21 August, but I probably won't know the exact start time until the day before...

I am using my swim to  raise money for Crisis, the UK’s national homeless charity. Having spent my whole life in London, it’s very noticeable that homelessness is a problem that has been getting worse in recent years - anyone who has walked around London will realise that there are a shocking number of rough sleepers on streets, and unfortunately the same is true in many other towns and cities across the UK.  While it’s nice to give them food, or stop and have a chat, unfortunately this doesn’t really solve their problem. This is where Crisis comes in: as well as providing this sort of basic relief, they work on a much larger scale to help thousands of people out of homelessness, with the ultimate goal of eradicating the problem altogether. For more information about Crisis, and homelessness in general, feel free to check out their website: https://www.crisis.org.uk

Crisis is the national charity for homeless people. We help people directly out of homelessness, and campaign for the changes needed to solve it altogether. We know that together we can end homelessness.

Charity Registration No. 1082947
Find out more about charity fundraising