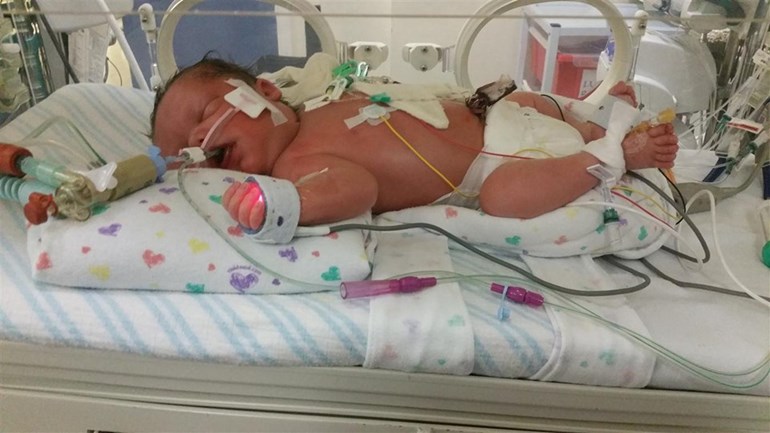 I am completing the GN 10K and GN Run for Tiny Lives because because they provided lifesaving care for my son!

In 2015 i raised over £4000 for Tiny Lives by cycling the Coast 2 Coast and I want to complete a new challenge to raise even more!

Tiny Lives funds the Special Care Baby Unit at the RVI where my son Isaac spent the first few weeks of his life. The amazing team of doctors and nurses who work on the unit provided lifesaving care for Isaac when he was critically sick.

Isaac was born by emergency C-section after doctors noticed he was in distress. On his first night he was struggling to breathe for himself, but otherwise seemed stable. However the next morning it became clear that he was seriously ill - he was hemorrhaging losing a lot of blood and his vital organs were shutting down. We were told his first 48 hours were crucial.

Thanks to the amazing care he received he fought through those first 48 hours and has continued to get stronger each day and is now a happy, healthy 2 year old!

I want to raise as much money as I can in aid of Tiny Lives so that more babies can receive the lifesaving care that Isaac did.

Tiny Lives is a charitable trust that helps to care for 800+ premature and sick newborn babies and their families each year. It supports the Newcastle Neonatal Service at Newcastle Royal Victoria Infirmary that cares for babies from across the North East and Cumbria.

Charity Registration No. 1150178
Find out more about charity fundraising