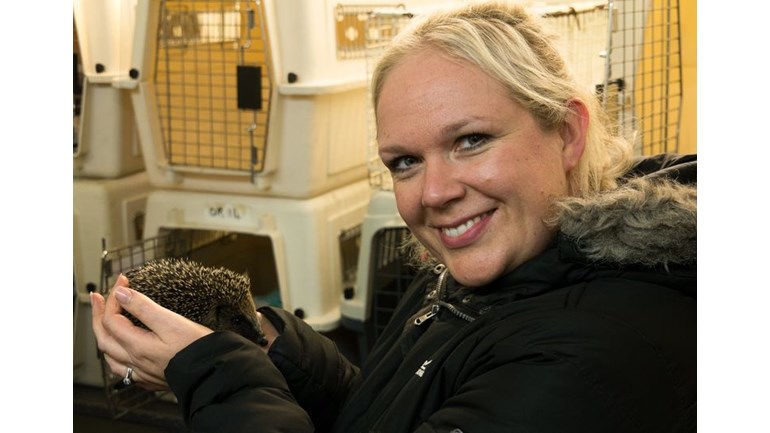 Fundraising for The Wildlife Aid Foundation

I was eight years old, and had been invited to a birthday party at Randalls Farmhouse. When I walked into the kitchen there were hedgehogs, ducks and an owl all recovering from various injuries. I was instantly fascinated  and little did I know that this kitchen make do recovery unit would later become the Wildlife Aid Foundation, with an army of volunteers helping to rescue, rehabilitate and release over 20,000 animals a year.

For years I'd been a member of the charity and was fortunate enough to be able to write for them during my early career as a journalist. Then along came the wildlife ambassador role. In 2009, I was proud to be challenged by Simon to become an ambassador, My mission was to raise 10k a year, a huge task around a family, full time career and a horse..., but I was honoured to do it. Ten years later I’ve handed in over £100,000 as an ambassador and also helped with numerous other challenges, pulling on my contacts to obtain goods and services for free for the charity.

Although I’m still actively involved as an ambassador for the charity. As always, change is constant and outside commitments mean I have to step back slightly and cannot promise the £10,000 a year. I do however, realise that the need for donations is constant and more important than ever with growing costs. Therefore, I still intend to do my best to keep much needed funds getting to the charity. I remain committed to raising awareness of the charities amazing work and the continued plight of our wildlife.The future of British wildlife has never been more at threat and anything we can do to help is hugely appreciated.

Every penny given helps us to save even more wild lives. Dedicated to the rescue, care and rehabilitation of sick, injured and orphaned wild animals. The charity deals with more than 20,000 wildlife emergencies every year. Our policy is to return every patient to the wild once they have recovered.

Charity Registration No. 1138944
Find out more about charity fundraising