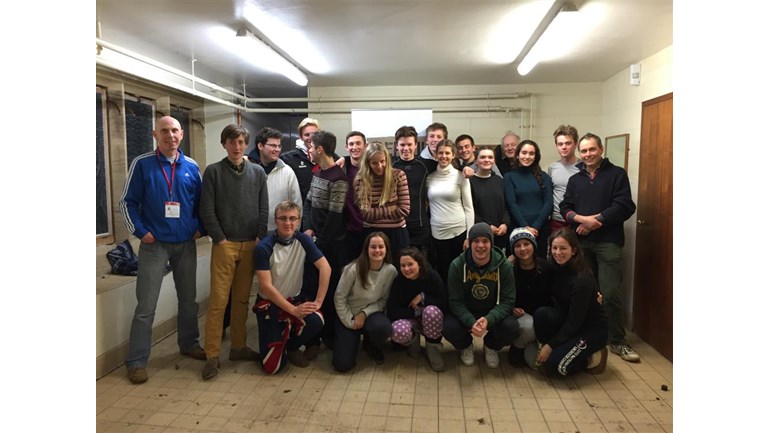 Thanks for taking the time to visit my JustGiving page.
A group of Ampleforth College students will be sleeping outside with just a sleeping bag on the 5'12'2015. This is to raise awareness of the many homeless people in Yorkshire. Any contributions will be donated through Face-Faw to supporting young homeless people in the North East.
The Sleep-Out [on 5-6 December 2015] is supporting a charity called Depaul UK, an offshoot of Depaul International – and in particular supporting its service Depaul Nightstop UK. Depaul was an organisation founded in 1989 on the initiative of the late Cardinal Basil Hume [once Abbot of Ampleforth, once Housemaster St Bede’s House].  Depaul was founded to respond to the growing number of young people sleeping rough on the streets of London.  As its name implies, Depaul is to follow in the inspiration of St Vincent de Paul – a priest dedicated to serving the poor in the 17th century France.  St Vincent de Paul is the Patron Saint of all works of charity.
Our support for Depaul is through Depaul Nightstop UK - Nightstop provides safe emergency accommodation for homeless young people aged 16-25 in the homes of approved volunteer hosts. Nightstop UK helps young people sleeping out to find a bed for a few nights with a family, and then tries to bring them back to their own family or to some other solution.
Our night’s sleep outside is to help and raise funds for this service, through Nightstop UK to help young people sleeping out.
As a student project of Face-Faw Ampleforth, we are collecting funds through Ampleforth Abbey Trust – we will send these to help Nightstop UK - those sleeping in the street. It is part of a national day of support and sleeping out.
We will start our Sleep-out on Saturday evening, 5 December 2015 at 8pm, with Mass of the second Sunday of Advent, outside where we sleep – and to pray for those who are homeless, and to pray that we can share with them and support them.
We invite you to share with us – to donate to help the young homes of the North East.