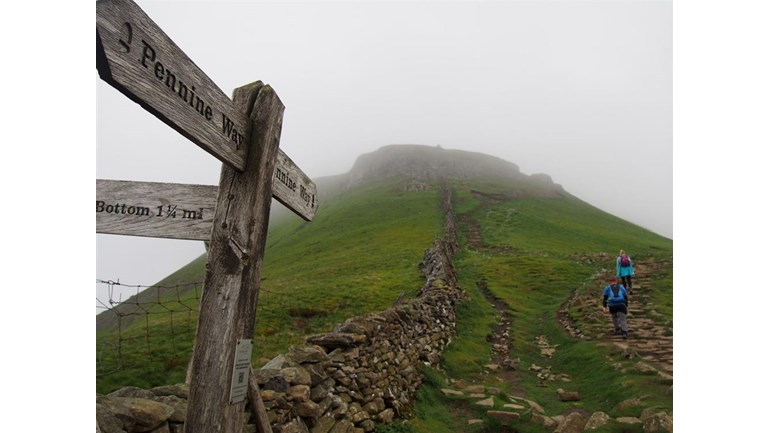 This started off as a way of celebrating my 30th birthday with some of my closest friends, however we decided to raise money for a charity which we all hold very close to our hearts after events which have unfolded over the past year. We will be walking 24 miles, ascending 1585m over Pen-y-Ghent, Ingleborough and Whernside. This all needs to be done in under 12 hours! Below is the reason why we are raising money, please dig deep, as you read the story you will see how much it means to us all but particularly our friend Sam and her family.

We are raising money for the vascular unit at hull royal infirmary for without them, my sister would not be with us today.
On 29th June 2018, 3 weeks after having a baby, my sister was rushed to Hull Royal in an ambulance with a suspected blood clot in her leg. She was rushed straight into surgery where doctors spent hours fighting to save her leg and her life as her blood would not stop clotting, after having some muscle cut away and removed they thought they’d managed to save her leg. Hours later she was in excruciating pain again and was again rushed into surgery, doctors then spent 14 hours fighting to save her leg but unfortunately they had to amputate below the knee. We thought that had solved the problem but she was again rushed back into surgery when they had to then go higher and go above her knee. A lot of muscle had died in her leg and they tried to give the remaining muscle and tissue a chance to recover but it was too far gone and she was taken back into surgery to have the amputation taken further up to her thigh. During the surgeries the drs also had to remove blood clots from her arm, both sides of her groin, and her other leg and she was at risk of losing her arm, she is now left with long scars where the clots were drained and a scar on her neck where they had to insert wires and tubes. She spent 5 weeks in hospital before being allowed home which is when the challenger really began. With a new born baby, she has had to learn to adapt and learn how to walk again. 1 year on and it is unbelievable how far she has come and how much she has achieved. She is an incredible person but without Hull, saving her life, and acting so quickly, she wouldn’t be here today.

WISHH stands for Working Independently to Support Hull Hospitals. We fundraise to complement and enrich the services and facilities at Hull Royal Infirmary and Castle Hill Hospitals, over and above what can be achieved by the NHS alone, for the benefit and comfort of patients and their loved ones.

Charity Registration No. 1162414
Find out more about charity fundraising