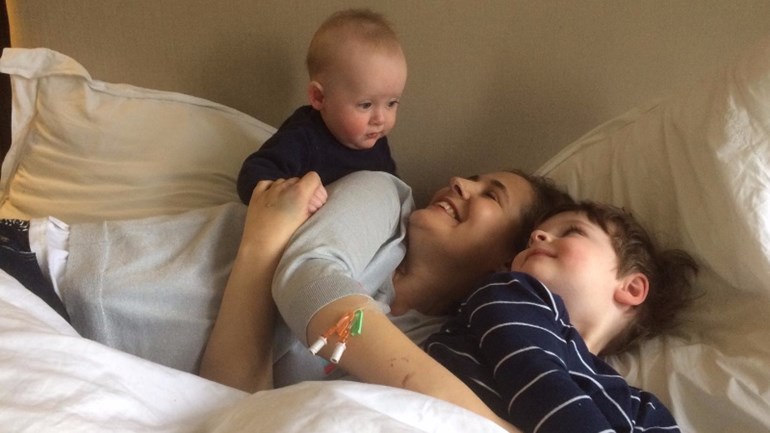 On July 7, my wife Andrea lost a six-month battle with autoimmune disease. Despite amazing care first from Chelsea & Westminster Hospital, and then from the specialists at King's College Hospital, the damage to her liver was too severe for her to survive until a transplant.

A few days after she died, trying to do something to make sense of our loss, her family and I launched a crowdfunding campaign on JustGiving. We set the target at £25,000. Within six hours, we'd raised more than £10,000. So far, with private pledges included, we have raised more than £100,000 - an unbelievable sum.

We knew that we wanted the money to go towards research. Autoimmune disease - especially of the liver - is still not well enough understood. We know it mostly affects women, often after giving birth. But we don't know exactly what triggers it or who is most vulnerable - and treatment, while much more effective than it used to be, still lags behind better-known, better-understood and better-funded diseases.

Thanks to the generosity of so many people, we have been able to partner with the Medical Research Foundation to launch a new fund to support research into autoimmune hepatitis - and have put out a call for proposals for a major three-year research project.

The Medical Research Foundation is the charitable arm of the Medical Research Council, which overseas medical research across the UK. Its mission is to fund diseases that might not get the attention they deserve - and its connections to the MRC ensure that the work it funds is absolutely the gold standard, with applications scrutinised by some of the most respected researchers in the country.

I'm launching this new JustGiving page to raise funds for that research programme - because it's on the charity section of the site, future donations can go directly to the MRF, and it can claim Gift Aid to make sure that your donation goes even further.

I still can't believe I'm loving in a world without my brilliant wife. She was an amazing friend, a wonderful photographer, a beloved family member and a devoted mother. She enriched not just my life, but the lives of all those who knew her. And in the face of an awful disease, she showed enormous courage and resilience.

We want to raise money in Andrea's memory to fund research into this disease - so that other mothers, and other families, don't have to go through what we have. If you support our appeal, I can guarantee that every penny you give will go towards vitally needed research.

Please do support us.

We aim to advance medical research, improve human health and change people's lives. As the Charitable Foundation of the MRC, we are bold and ambitious in the choice of science we support. We directly invest 100% of donations in medical research. No advocacy, no support services, no campaigning.

Charity Registration No. 1138223
Find out more about charity fundraising