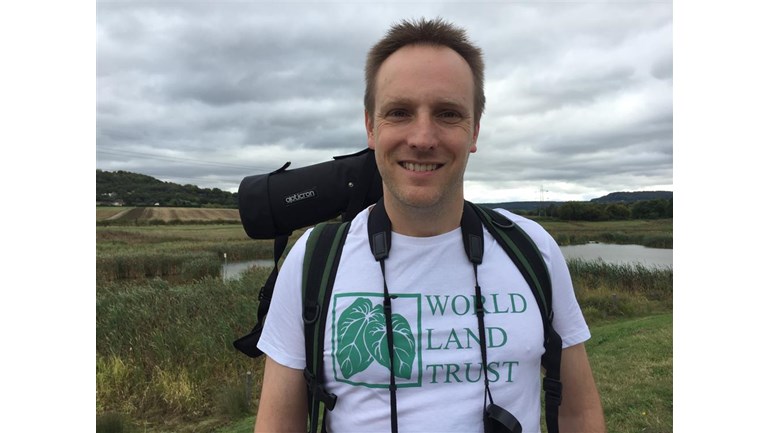 On 18 October I will be doing an all-day birdwatch to raise money for their £575,000 Scorched Earth to Forest Haven appeal.

I was originally due to do the birdwatch on 12 October, during World Land Trust’s Big Match Fortnight, but I had to delay it due to sickness.

World Land Trust (WLT) is my favourite conservation charity, with their focus on buying or restoring threatened habitat and then ensuring its long term protection through a network of local partner organisations.  Each year their work becomes even more critical as forests are being cleared, threatening more animals with extinction and reducing the natural world’s ability to counteract the impact of rising carbon emissions.

The Scorched Earth to Forest Haven appeal is raising funds to transform 246 acres of barren slopes in an area of Vietnam that borders an existing 20,000 hectare nature reserve at Khe Nouc Trong.  WLT are working with their local conservation partner Viet Nature to restore forest by rejuvenating the depleted soils, clearing invasive grasses, nurturing native tree seedlings and caring for them until they are well established.  As this forest regrows, it will reconnect with and enlarge existing forest reserves, allowing wildlife to colonise new areas.  Examples of some of the many endangered animals that this will benefit are primates including the Red-shanked Douc, which is threatened by hunting and habitat loss.  It will also provide more habitat for the critically endangered Sunda Pangolin, which is a victim of the illegal trade in wildlife.  This project is also playing a crucial role in tackling climate change, helping to establish forests that will stabilise soils and lock away carbon dioxide.

Further details of the Scorched Earth to Forest Haven appeal can be seen on WLT's website: https://www.worldlandtrust.org/appeals/scorched-earth/

How your donations can be quadrupled!

To enable your donations to this appeal to be quadrupled, I am combining a matching scheme that my employer Ecclesiastical Insurance runs, with WLT's big match fortnight matching scheme.

﻿*****AS BIG MATCH FORTNIGHT IS NOW OVER, DONATIONS WILL NO LONGER BE QUADRUPLED, BUT WILL STILL BE DOUBLED (UP TO MY £5K TARGET) AS PART OF MY EMPLOYERS MATCHING SCHEME*****﻿

This will be the second year that I have done a sponsored birdwatch during Big Match Fortnight for WLT and I will again be aiming to see as many species as I can. Last time I managed to see 72 species and although I'm not sure whether I can beat this, I will be giving it my best try. Last year I started at 7:20am and finished at 7:00pm, so it was a long day and will make for a good challenge again this year.

Thanks you for any donations you are able to make.

Charity Registration No. 1001291
Find out more about charity fundraising