Andrew Quinton
Fundraising for F.A.B.L.E Charity ‘For A Better Life with Epilepsy’ 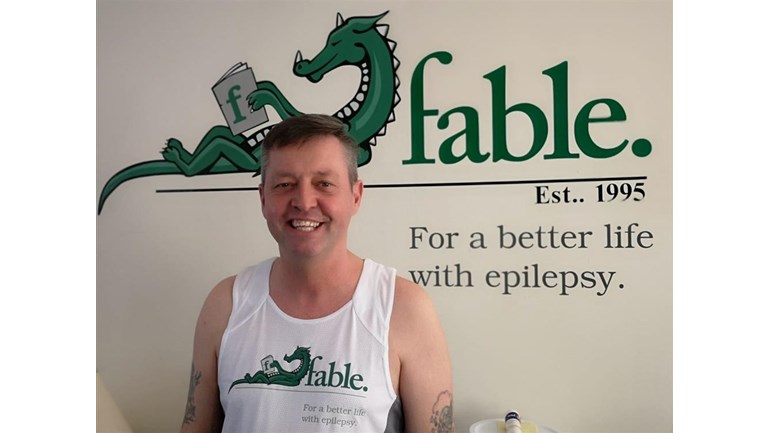 Running the Sheffield half marathon on the 14th Ap for F.A.B.L.E Charity ‘For A Better Life with Epilepsy’ because Fable helped me get my life back.

F.A.B.L.E Charity ‘For A Better Life with Epilepsy’

F.A.B.L.E Charity enhances the quality of lives for those with or associated to Epilepsy. This is done by offering support and advice, raising awareness of the condition, distributing information on all aspects of Epilepsy and awarding grants for equipment.

About 15 years ago, when I was in my mid thirties, I had my first ever epileptic seizure. Despite numerous tests and scans, there were no indications as to what had caused the seizure. Over the next decade or so, the seizures got worse and increasingly  unpredictable despite numerous changes to my medication, something which had an extremely damaging effect on me mentally, emotionally and financially.

I felt like I was ‘pointless’, worthless and had allowed epilepsy to define who I was...

Then In 2011 , following a chance conversation with a support worker, I heard about a local Epilepsy charity called Fable , which had recently started running their own support group once a month. Despite my anxieties I walked into that first meeting and within seconds knew that I was in the right place. That first meeting we discussed everything except epilepsy, laughed , talked and laughed some more.

It was at this meeting that I first met Sandra Howard, the inspirational founder of the charity who’s tireless work raised over £4 million pound over 20 years for families and people living with epilepsy throughout the UK. Through Fable , Sandra helped so many people live a quality of life they never expected.

Tragically Sandra died in 2017, so in her memory I have decided to run the Sheffield Half marathon and help Fable help someone else  living.with epilepsy.

The money raised from this challenge will be used to help fund potentially lifesaving pieces of medical equipment which offers families & carers peace of mind without intrusion to the patients, along with granting wishes and dreams for patients with Epilepsy, to help bring a smile to their faces.

JustGiving is simple, fast and totally secure. Your details are safe with JustGiving - they'll never sell them on or send unwanted emails. Once you donate, they'll send your money directly to the charity. So it's the most efficient way to donate - saving time and cutting costs for the charity.

F.A.B.L.E Charity ‘For A Better Life with Epilepsy’

F.A.B.L.E Charity enhances the quality of lives for those with or associated to Epilepsy. This is done by offering support and advice, raising awareness of the condition, distributing information on all aspects of Epilepsy and awarding grants for equipment.

Charity Registration No. 1058958
Find out more about charity fundraising