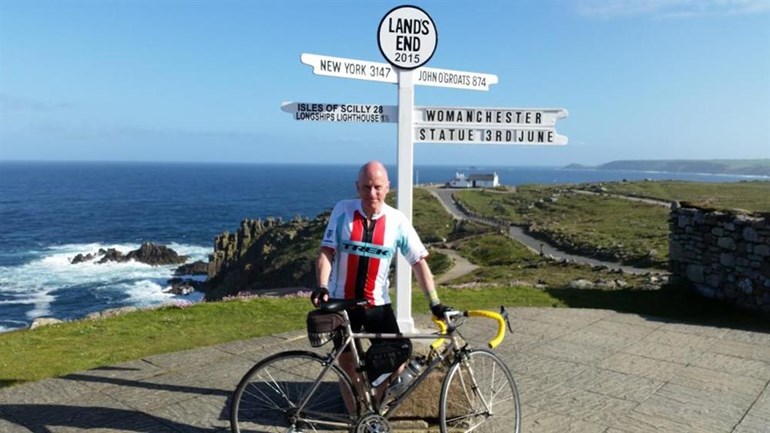 Creating a statue of Emmeline Pankhurst for Forever Manchester because 16 of 17 statues in the City Centre are men.

This project is to create a statue of a woman of significance to Manchester.  Currently there are 17 statues in the City Centre - 16 men and Queen Victoria.

A statue of this kind typically costs around £100,000-£150,000 so this is part of the fundraising effort with other initiatives going on behind the scenes.

The first stage is complete: creating a long list of twenty women to be considered for the honour. This was unveiled on 28th May 2015. A shortlist was then created.

Over 5,000 people voted on the shortlist and suffragette leader Emmeline Pankhurst was chosen by a decisive majority.

No public money will be spent on this project so fundraising is vital. We're working with Forever Manchester on this because we want the process to be seen to be governed properly and with complete transparency.

I have now completed my 1,059 mile cycle ride from Lands End to John O'Groats. Each day was devoted to one of twenty women on the long list.

We are now at the exciting phase of the project where six sculptors have been shortlisted. They are currently working on their designs for the statue. These will be unveiled at a series of events in late February and early March 2017. Go to www.womanchesterstatue.org for more details.

Forever Manchester is the only charity that raises money to fund and support community activity across Greater Manchester. We believe that everyone should have the opportunity to be happy and we'd love you to become part of this growing movement. ForeverManchester.com