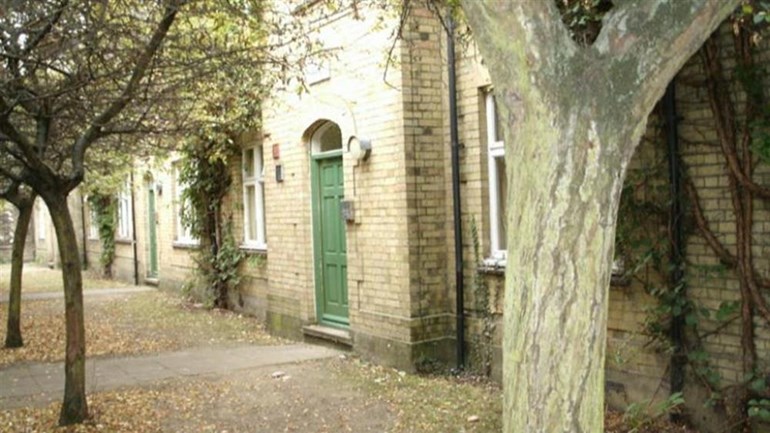 My wife and I are sleeping out in the centre of Cambridge on Saturday 2nd December to help raise much needed funds for Railway House in Cambridge, who do amazing work with 16-25 year olds who are either homeless or at risk of homelessness.

These young people are the same age as our son and so this is very close to our hearts.  Railway House, who has seen its funding cut by £15,000 a year, not only offers a roof over their heads but also works closely with every young person to help them reach their potential.

No young person should ever face homelessness and Railway House has helped some truly inspirational young people despite very difficult starts in life.  (Read some of their stories below.)

If us sleeping out for just one night can, in any small way, help prevent one young person from becoming homeless then it will be worth every uncomfortable, freezing moment.  Please make a donation if you can.  Thank you﻿

J's early life saw her placed on the Child Protection Register because her mother suffered with serious mental health problems involving self-harm and suicide attempts.  When her mother was admitted to a psychiatric hospital J was placed in a long term fostering placement.  At the age of 17 J was housed at Railway House following the breakdown of a foster placement.  Due to her difficult family history J struggled to form attachments with peers and other adults and her relationships were very short lived.  She struggled managing her finances, frequently spending her money on internet shopping and cannabis.  During her time at Railway House she was respected and valued by staff and other residents.  With budgeting support she changed her spending priorities and she eventually became very financially responsible.  J managed to sustain a positive relationship with staff and her confidence in herself started to grow.  J secured a permanent job in retail whilst living at Railway House and she also stopped using cannabis.  She played a vital role in Railway House and would lead by example in motivating and supporting other residents.  She made great progress in overcoming her earlier difficulties and through resident involvement and her charitable work made a huge contribution to the Railway House resident group and to the wider community.  J has since moved into her own flat in Cambridge and still pops in  to Railway House from time to time on her way to work.  She feels very proud of all she has achieved through being persistent and resilient in her efforts to better herself and her life.

"Before I moved into here I was living in Spain for 8 years, different culture, different lifestyle, so it was a complete change.  Then my parents got a divorce and for financial reasons I had to move back to the UK to live with my dad.  Him and I always had a chequered history so when I was living there things got quite tense and not very nice.  When I was 16 I got kicked out and was only told the day before that I had to leave and so I thought everything was ok but they had arranged it behind my back, I didn't have a clue what was going on and it was like 'you are moving into this place!'.  Obviously it was quite a shock having to leave home, going into a new place and you hear a lot about hostels and you think violence, drugs, alcohol and that was what I was expecting.  You see the horror stories and I went in very cautious and for the first week or so kept myself to myself.  I moved in here in December and it didn't help that I sent to see my Grandma and Aunt over Christmas and so when I came back people didn't see me and staff noticed it and so told me about another resident who was going to the same college as me and so we started walking to the bus stop together and slowly I build friendships.  Staff helped push people together to build friendships.  It was brilliant because it build up my confidence and I wasn't just staying in on my own all the time.  If you had issues you could go down to the office or call them up and they would be there and be an ear and give advice, they would always listen to your issues no matter how small or big they were, they would be there.  They would say 'this is what you should do' or 'you shouldn't have done that', 'this is what you need to do' so they were very helpful and accommodating.

As I wanted to move to Peterborough so I could go to college there, the staff helped me get in touch with Crosskeys, an organisation who help young people find homes and I had to prove to them that I could live independently and the staff were able to push things forward and show I was able to and so I was given a place.

I'm  just finishing my level 3, 2 year construction course and next year I am going to start my HND and then go off to university to study Architecture."

We offer accommodation & support to a wide range of vulnerable people so they can meet their own needs & aspirations and lead independent lives. Our services offer support to homeless young people, people with disabilities & mental health issues and young parents & their babies.

Charity Registration No. 10457R
Find out more about charity fundraising