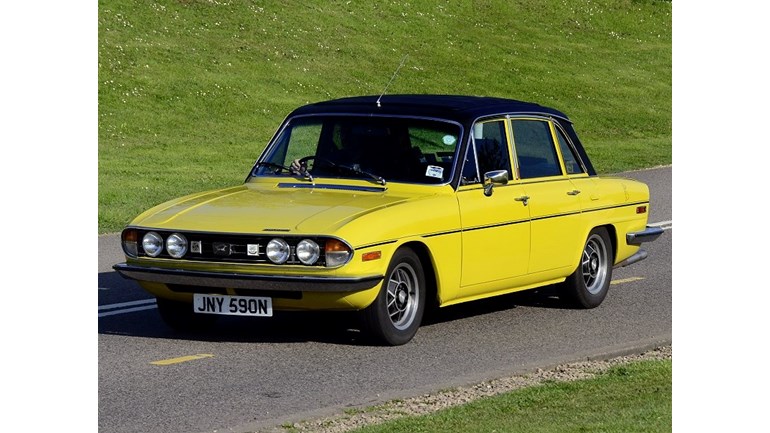 2000 miles in 48 hours in a 1974 Triumph saloon for Epilepsy Research UK because we're nuts! (and raising money for charity too)

In October 2018 Andy Roberts, Phil Gibbons and Rik Eaton will be driving round Britain in Andy's 1974 Del Lines Triumph saloon car. It will be Rik's first run, Phil's eighth and Andy's fourteenth - and the car's fifth RBRR.

The event has been running every two years since 1966 and has been raising money for charity since 1990. It involves driving all the way round Britain in a weekend - 2000 miles in 48 hours - and is great fun as well as being a thorough test of both man and machine.

All cars taking part are Standards or Triumphs, so all are at least 35 years old and Andy's is 43, older than two of the crew! Andy's car, which he's owned for 32 years, is pretty special - it's the only Del Lines saloon car known to survive. A Del Lines estate car is also entered in the 2018 run.

This year's charity is Epilepsy Research UK, which is especially important to Andy as one of his sons suffers from this condition. Let's make this a record-breaking event for our team's fundraising.