The Ones Who Came Before .
Fundraising for Ocean Conservancy Inc 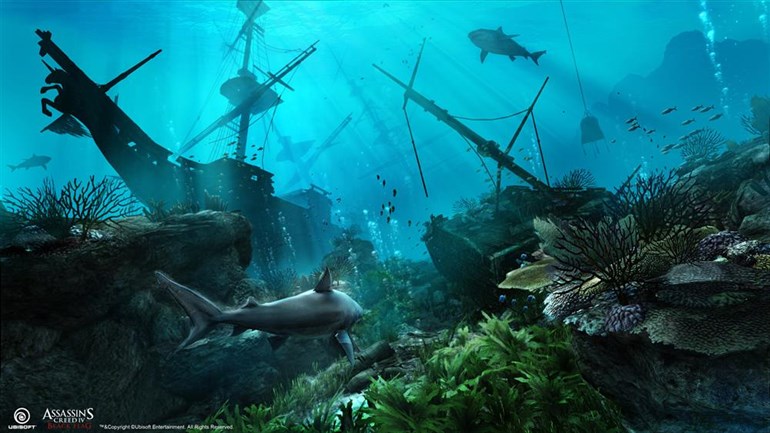 The Ones Who Came Before .

Ocean Conservancy is working to protect the ocean from today's greatest global challenges. Together with our partners, we create science-based solutions for a healthy ocean and the wildlife and communities that depend on it.

To celebrate World Oceans Day, we are proud to announce that this year's Assassin's Creed Community Fundraiser will be supporting Ocean Conservancy, a movement dedicated to protecting the ocean.

Last year, we joined fan community Access the Animus on a fundraising campaign which raised nearly £300 for Eagle Heights Wildlife Foundation, which protects animals around the world!

This year, we are once again supporting a fantastic cause, and believe that our community can once again make a difference.

The Assassin's Creed series has explored many corners of the world, giving players the chance to explore a vast array of environments. In AC3, Naval exploration was introduced, something which opened up the path for later games to expand upon.

"It will take around half an hour to sail across the naval open world of Assassin's Creed 4: Black Flag", Ubisoft once told Eurogamer.

The crystal clear water we see in AC4 is now a thing of the past. By 2050, world oceans could contain more plastics than fish.

Every year, 8 million metric tons of plastic enters the ocean, according to a 2016 study published by the World Economic Forum. This equates to a garbage truck full of plastic being dumped into the ocean every minute.

Imagine navigating the Jackdaw through all that debris!

- The plastic floating in the ocean kills one million birds and more than 100,000 marine mammals every year, according to the UK Government.

- The majority of the plastic ends up in the ocean through rivers.

- There are currently 5 trillion pieces of plastic waste in the world's oceans, according to The Ocean Cleanup, a project dedicated to ridding the ocean of waste.

- Most baby sea turtles are ingesting plastic, and most seabirds are eating plastic and feeding plastic to their chicks.

- Ocean Conservancy was founded in 1972, with goals to promote healthy and diverse ocean ecosystems, and to oppose practices that threaten oceanic and human life.

- They use the best in science-based solutions to tackle the biggest threats to our ocean.

- Their work is focused on solving some of the greatest threats facing our ocean today. From the Arctic to the Gulf of Mexico, they bring people, science and policy together, to champion innovative solutions to fight for a sustainable ocean.

- They have worked for over 40 years to protect vital ecosystems, defend critical legislation, enforce accountability of leaders and legislators and rally the world’s largest effort to remove trash from our beaches.

- Have picked up more than 220 million pounds of trash in the last 30 years.

How you can make a difference

- Donate to the cause: By supporting the campaign, you are helping to fund programs which protect ocean life and reduce pollution which is hurting wildlife and the environment.

- Share the campaign: By sharing the campaign on social media, you are helping us in spreading the message!

- Create Content - We are looking for graphic designers, video creators, podcast hosts and other influencers within the community to create content which will motivate and inspire people to support the cause.

- Say no to single use plastics such as straws, plastic cutlery, coffee cups, water bottles, plastic bags, balloons, plastic-wrapped produce and take-out food containers. When you must use disposable items, reuse or recycle them whenever possible.

Reduce Your Energy Use: Climate change is linked to sea level rise and ocean acidification, both of which could drastically affect marine ecosystems.

We believe that the Assassin's Creed Community is capable of raising £200 to support Ocean Conservancy, and the work that they do to tackle the biggest threats to our ocean.

We are a community that cares

Ocean Conservancy is working to protect the ocean from today's greatest global challenges. Together with our partners, we create science-based solutions for a healthy ocean and the wildlife and communities that depend on it.

Charity Registration No. 237245152
Find out more about charity fundraising