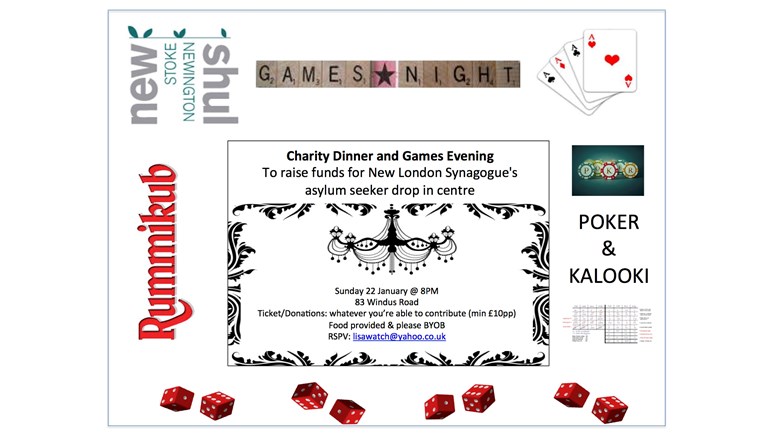 For over 10 years our sister synagogue, New North London, has been hosting a drop-in centre for destitute asylum seekers. As
Europe faces its worst refugee crisis since the Second World War, the demand for their services has increased dramatically.

The asylum seekers have fled persecution in more than 60 different countries, mostly in sub-Saharan Africa or the Middle East. Many have escaped torture.

Once in the UK, asylum seekers are banned from working and many are homeless, sleeping on night buses or in parks and stations. Most have been forced to leave children and family members behind.

Despite the hardships that they suffer, they are resilient and somehow manage to be cheerful and patient while their cases are processed, something which can take several years.

They say that the practical support provided by the
drop-in makes an enormous difference to them. And it’s not just the food and clothes that helps them but also the warmth and support they receive from the volunteers.

At New North London Synagogue we aim to provide a supportive and inclusive community that faces the intellectual and spiritual challenges of today with integrity and passion. We are a community that pursues a genuine concern for diversity, and for social and environmental justice.