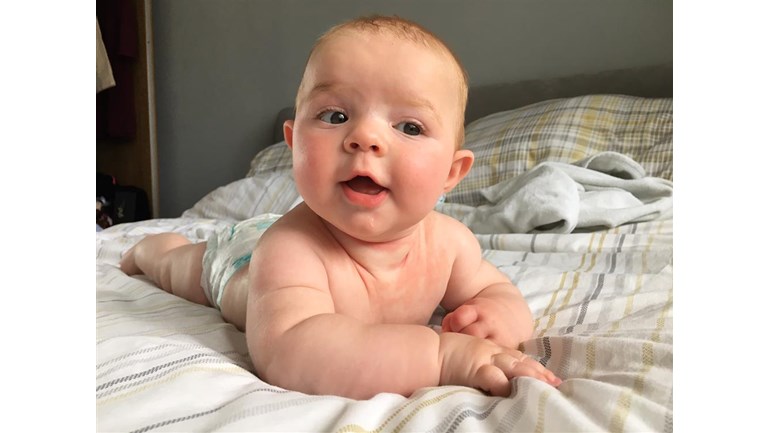 In memory of Baby Lance

We are hoping to raise money for Wallace & Gromit's Grand Appeal because more life saving equipment is needed.

Thank you for taking the time to visit Lance’s JustGiving page.

Things are a little too raw to write the full story yet, but on Friday 2nd February 2018 our beautiful baby boy (and much loved brother to Austin) lost his life aged 9 and a half months. He became unwell very suddenly and despite heroic efforts from all involved to save his life, we had to say goodbye to Lance.

Lance was initially taken by ambulance to Gloucester Hospital but due to them only having an adult intensive care unit a specialist team was called in to try and stabilise him enough to transfer him to a paediatric ICU. This team is called the WATCh team, they transport critically ill children to the nearest paediatric ICU in Wales and the West. They are a very specialist service and rely heavily on donations. Without them Lance would not have stood a chance. As it was, Lance made it to Bristol Children’s Hospital (who were equally amazing) but lost his fight just days later. The WATCh team didn’t just transport Lance they were fighting for him for most of the day. We cannot thank them enough.

WATCh desperately need an Ultrasound device to help them place central lines in very sick babies and children. This is what we are raising money for and here’s why:

Gaining central line access, where a needle and plastic line is placed into a central vein close to the heart, enables life saving medication such as antibiotics and fluids to be given quickly to babies. Finding a suitable vein is very challenging to the eye and touch and can result in multiple attempts. The more unwell a baby is then the harder it becomes to do this. Babies with sepsis and shock become very challenging indeed and these are the babies that need this most! Multiple attempts can be traumatic to babies and delays life saving drugs being given. Having an ultrasound will mean that the doctors can visualise the vein on a screen, which makes putting the central line in the right place, the first time much much easier. Thus enabling life saving treatment to be given quickly which could help to save more lives.


Please help us if you can. We would love to raise some money towards this desperately needed equipment.

Thank you from the bottom of our hearts, Rich, Caroline and Austin xxxxxxxxxxxxx


Donating through JustGiving is simple, fast and totally secure. Your details are safe with JustGiving - they'll never sell them on or send unwanted emails. Once you donate, they'll send your money directly to the charity. So it's the most efficient way to donate - saving time and cutting costs for the charity.

Charity Registration No. 1043603
Find out more about charity fundraising