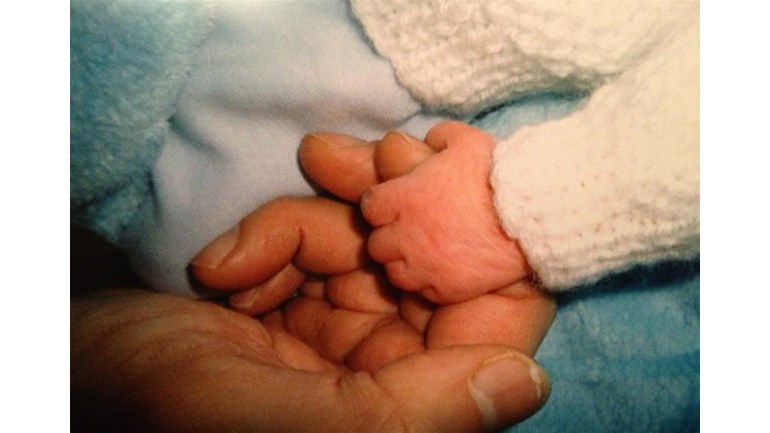 As many of our friends know Stephen and I lost our beautiful little boy Samuel Edward Roper 32 weeks into my pregnancy.

The Neo Natal Unit at Royal Derby Hospital played a vital role in the events that unfolded that day and the care and support given to us was second to none. That is why it is so important for us as Samuel's parents to give something back to the unit in memory of our son.

Unfortunately the Friday before Samuel was born we were told there was a problem with his heart and we would have to go back the following week for a detailed scan to find out exactly what was wrong. Samuel however had other ideas and decided to make his way into this world and so on the 22nd January 2012 our little man was born at 20.05 weighing 4lbs 9oz

This is where the Neo Natal Team took over and they did everything they could possibly do to save our son but his condition meant there was no hope and no amount of human intervention could change this. It's the small things that they do which mean the world to parents in this situation and I would like to give you some examples so you know exactly what your fantastic donation goes towards.

I had no clothes or blankets for Samuel and these were all provided for us and we were given them to keep after he passed away.

We were given two beautiful memory boxes for Samuel which contained teddy bears, candles and blankets.

Samuel was photographed by the Neo Natal Staff throughout his short life and these were given to us after he passed away. They also took photographs of him on a disposable camera which was placed in his memory box. These are priceless as the last thing you think about is taking photographs when you have a baby on the unit.

Your donations will also go towards funding of new incubators or any other appliance they may need and again it is your support which allows the unit to get these things.

Thank you again for any support you can give to this fantastic unit.