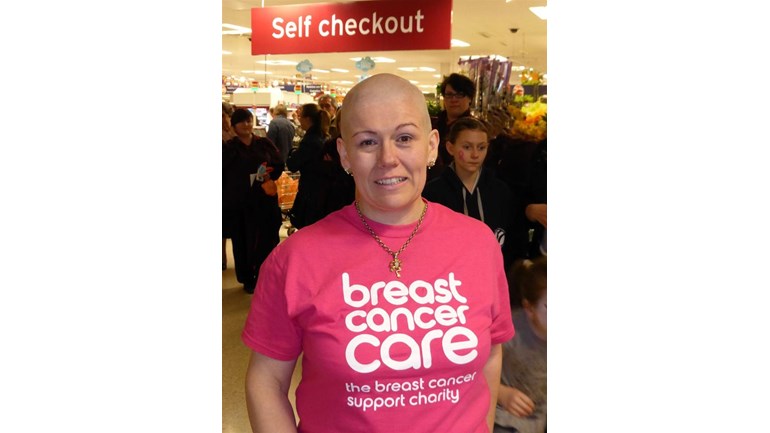 I'm having my head shaved for Breast Cancer Care because we need to help fight cancer..

We offer care, support and information to anyone affected by breast cancer


My name is Barbara King and I am currently employed by Sainsbury's.
I was previously in the process of organizing a charity fundraiser to raise money for Breast Cancer, when a few months back a close family member was diagnosed with this horrible condition. With this news it  made me even more determined to get the event up and running as soon as I could.

I emailed several companies and lots of generous gifts were donated to raffle off for the event, after all if it wasn't for people like these then these events wouldn't exist.

I would like to say a massive thank you to the following for all their donations.
Leamore Windows, Wolverhampton Grand Theatre, Birmingham Hippodrome, Black Country Museum, Bloxwich MFA Bowling, WeightWatchers, West Bromwich Albion Football Club.

Thanks also go to Paul Haywood and Christina Perkins for doing the zumba demonstration out the front of the store.
Also thanks to Paul again and for other Weightwatcher members for making some beautiful cakes on the day to raise money and to Beverley Longsden and a few of her Weightwatcher members for turning up and helping out on the cake stand.
Thanks to Captain Jack Sparrow and his side kick for making the model balloons and entertaining the kids (and even the adults) with his comical antics.
Thanks also to my Daughter, Sarah, for running the tombola stall for me..
Massive thanks to my sister, Sharon, for coming to clipper and then razor my head (Without cutting me!!)

I could not have done this without all your help and support.
It was a very emotional moment for me..

We managed in store to raise on the day a massive £628.. With all other donations and monies coming in we should be well over the £1500 mark which is £1000 more than I had originally hoped for..

I have posted a few of the photos from the event which was a fab day..

Thanks again for all your support.. Without you this wouldn't have been possible..