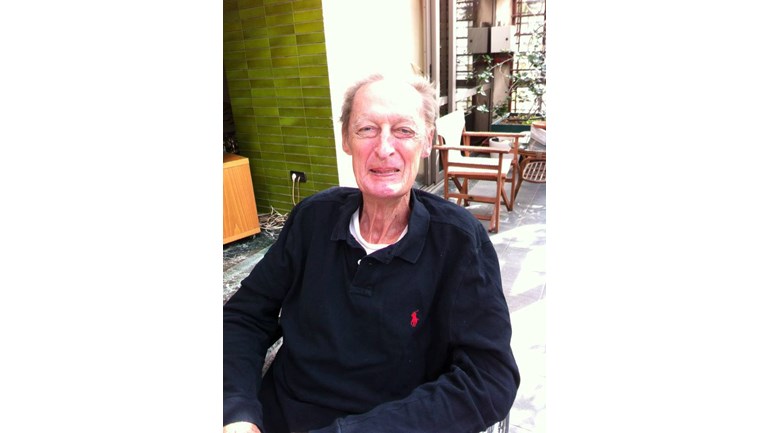 On February 7, 2015 while I was watching France and Scotland slug it out at the Stade de France, I got the news from Athens that an old friend, Brian Williams, had finally succumbed to the cancer that announced itself in early 2013.

Digger, as he was known in the journalistic world, was one month shy of his 70th birthday.

I had already signed up to run the Antony Half-Marathon in France on March 8 - the day after what would have been Brian's 70th birthday - and the Hackney Half in London on May 10.

As a small tribute to a great man and a great friend, I am trying to raise 1500 euros which will go direct to Worldwide Cancer Research.

Digger was one of life's great characters. He was a journalist through and through. His first big story happened to be the assassination of JFK when he was a rookie on the Brisbane Telegraph in his native Queensland.

Later he covered the wars in Vietnam and Cambodia and worked across the world with Reuters. He organised their Olympic coverage in Sydney in 2000 and then in Athens in 2004 which is where I met him.

He was a legendary operator, noted not just for his journalistic excellence but also for the wild stories of derring-do. Brian worked hard and he played hard, one of life's great characters.

Aside from that, from the moment that we landed in Athens in March 2004,  he and his wife Aliki were to become great friends to us, to my wife Jacqueline, our two kids and to me. There were many happy hours sipping wine and talking horse on their balcony overlooking the lights of the Acropolis.

When my brother Felix went to Athens on business in 2011, they smothered him with kindness as well.

When Brian got sick, Aliki nursed him to the end. I last saw him in late September 2014. He was frail, in a wheelchair and struggling. But his smile was the same and his passion for life and life's stories was still there.

Brian would chuckle at the prospect of me clambering into the lycra and running 21kilometres - he would probably try and persuade me to have a beer first.

But he would be all in favour of doing it to raise money for cancer research.

With your help, perhaps we can help others who get attacked by this accursed disease.

If you want to donate then please just following the intstructions.

Thank you for reading this far. And thank you in advance for helping us to advance the reseach into cancer.